26 June 2020. Zone des Dunes, refugee camp, Calais, France.
The Zone des Dunes refugee camp in Calais. Several tented refugee camps have cropped up to replace the notorious 'Jungle' camp which was dismantled by French authorities in October and November 2016. The Zone borders land where the Jungle once housed as many as 10,000 migrants desperately seeking any way possible to get to Britain. It is claimed that the Zone is controlled by Albanian criminal gangs exploiting migrants often paying as much as €5,000 to make the illegal crossing between France and Britain. Many migrants are now making desperate and dangerous attempts to cross the English Channel (La Manche) by boat, kayak, surf board and even inflatable paddling pools as numbers seeking asylum in the UK continue to rise.
Photo©; Charlie Varley/varleypix.com 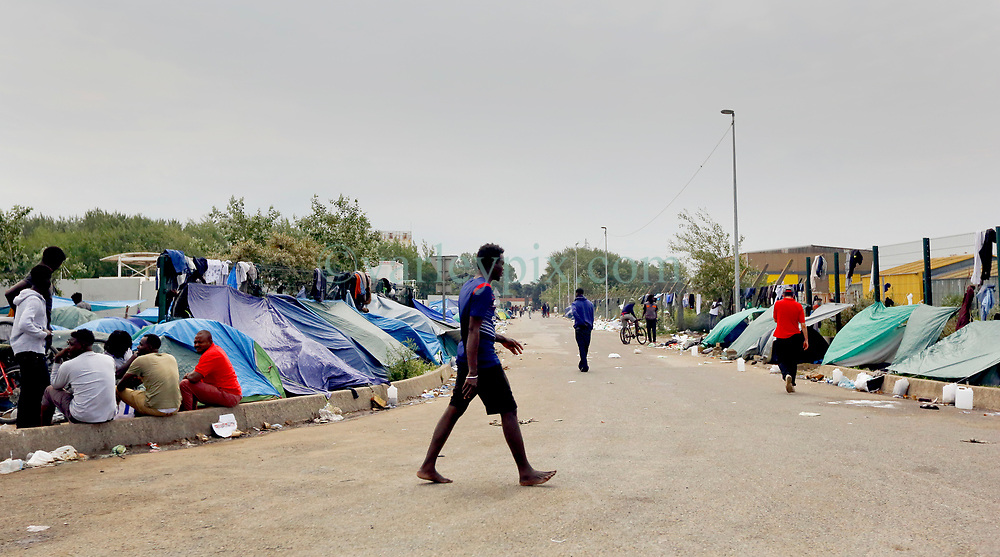