10 June 2010. Breton Sound Marina, Hopedale, Louisiana. USA.
Sophisticated boom repair tool. Breton Sound Marina in Hopedale. Over 1,000 people now work in what was, just weeks ago empty fields. A city is rising out of the marshes to deal with the BP's catastrophic oil spill in the Gulf of Mexico. Workers load and unload, repair and haul miles and miles of oil boom. The 'hard boom' is not owned by BP or the federal government. It is leased with prices allegedly over $1.00 a linear foot per day. In St Bernard Parish alone there is over 200,000 linear feet of hard boom. Someone, somewhere is making a fortune on the back of this crisis. Workers are hired by contractors, who themselves are hired by bigger contractors. Yet again, the middle men are making a fortune on the backs of workers and on the back of this crisis. The scandal continues to grow.
The ecological and economic impact of BP's oil spill is devastating to the region. Oil from the Deepwater Horizon catastrophe is evading booms laid out to stop it thanks in part to the dispersants which means the oil travels at every depth of the Gulf and washes ashore wherever the current carries it. The Louisiana wetlands produce over 30% of America's seafood and oil and gas production. They are the most fertile wetlands and nurseries of their kind in the world. BP's oil is killing everything.
Photo; Charlie Varley/varleypix.com 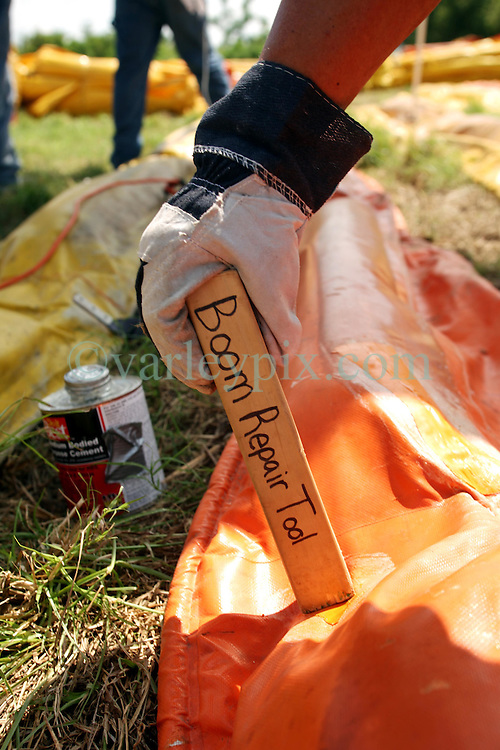