08 November 2020. Beaumont-Hamel Newfoundland Memorial, The Somme, Picardy, France. Remembrance Sunday.
The Beaumont-Hamel Newfoundland Memorial is dedicated to the commemoration of Dominion of Newfoundland forces members who were killed during World War I. The 74-acre (300,000 m2) preserved battlefield park encompasses the grounds over which the Newfoundland Regiment made their unsuccessful attack on 1 July 1916 during the first day of the Battle of the Somme.
The Battle of the Somme was the regiment's first major engagement, and during an assault that lasted approximately 30 minutes the regiment was all but wiped out. Purchased in 1921 by the people of Newfoundland, the memorial site is the largest battalion memorial on the Western Front, and the largest area of the Somme battlefield that has been preserved. Along with preserved trench lines, there are a number of memorials and cemeteries contained within the site. Opened by British Field Marshal Earl Haig in 1925, the memorial site is one of only two National Historic Sites of Canada located outside of Canada.
The site also contains a number of memorials as well as four cemeteries maintained by the Commonwealth War Graves Commission; that of Y Ravine Cemetery, Hawthorn Ridge Cemeteries No. 1 and No. 2 and the mass burial site of Hunter's Cemetery.
Photo©; Charlie Varley/varleypix.com 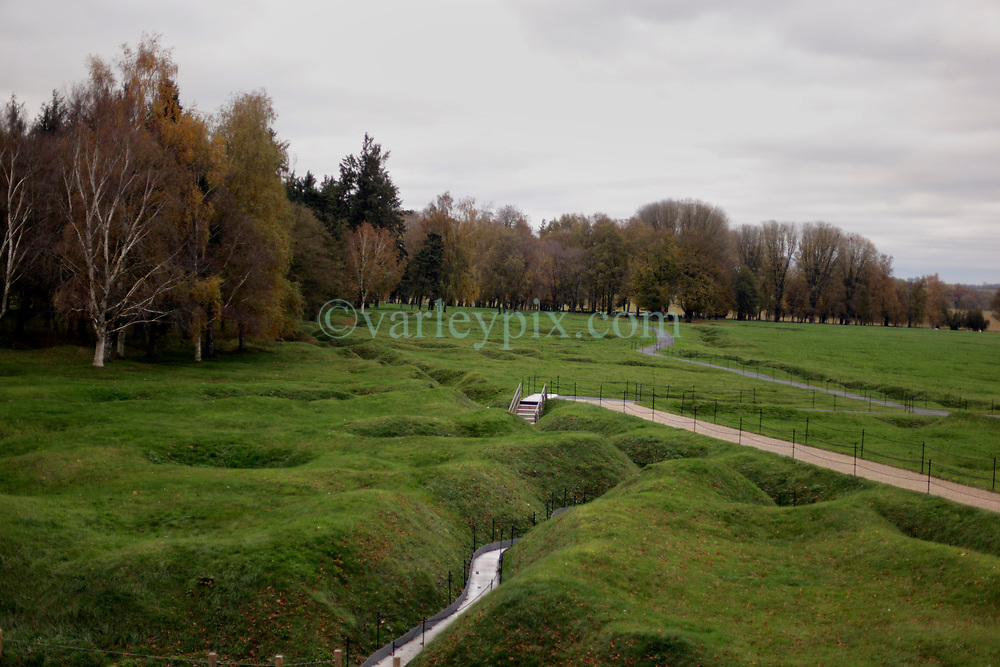