23 September 2001; Bellevue Hospital, New York City, New York, USA.
Genelle Guzman-McMillan - nee Genelle Guzman. Aftermath of 9/11 Terrorist attack on World Trade Centre.
Last known survivor.
Gentle Guzman has a bandage applied to her ankle by her boyfriend Roger McMillan at Bellevue hospital as she recovers from being trapped in the rubble of the World Trade Centers debris. Gentle was trapped for 27 hours, pinned by heavy debris after the buildings collapsed around her killing her work colleagues. By some miracle Genelle attributes to God she was spared. Gentle was found by a German Shepherd rescue dog named Trakr and his handler James Symington.
Genelle was told she would never recover from the crushing injuries to her legs, however she has since overcome the odds and went on to marry her sweetheart Roger McMillan who cared for in hospital throughout her ordeal.
Photo©; Charlie Varley/varleypix.com 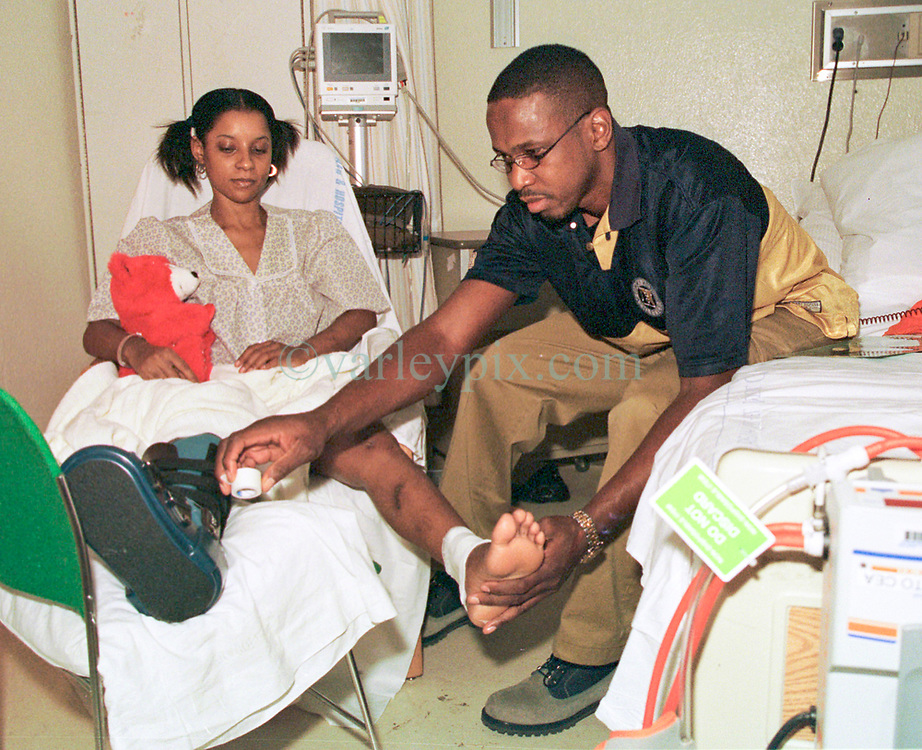