30 June 2020. South of Calais, France.
Smugglers' Paradise. 'Gendarmes National' - National police wait for me at my car early in the morning. The armed gendarmes play cat and mouse with smugglers and migrants as they constantly patrol the region searching for migrants and the ruthless smugglers who deposit desperate migrants on the beaches as they attempt to make the dangerous crossing from France to Britain. The police claimed migrants often attempt the treacherous crossing from a number of beaches in the region. The location is reasonably remote and backs onto farmland. A gravel access road makes this a prime location for ruthless criminal gangs to drop migrants paying as much as €5,000 for a ticket on an inflatable dinghy with a small outboard motor and less for surfboards and inflatable kayaks. Police claim it is from here and other beaches in the region that migrants often set out to make desperate and dangerous attempts to cross one of the busiest shipping lanes in the world. Migrants are crossing the English Channel (La Manche) by boat, kayak, surf board and even inflatable paddling pools as numbers seeking asylum in the UK continue to rise.
Photo©; Charlie Varley/varleypix.com 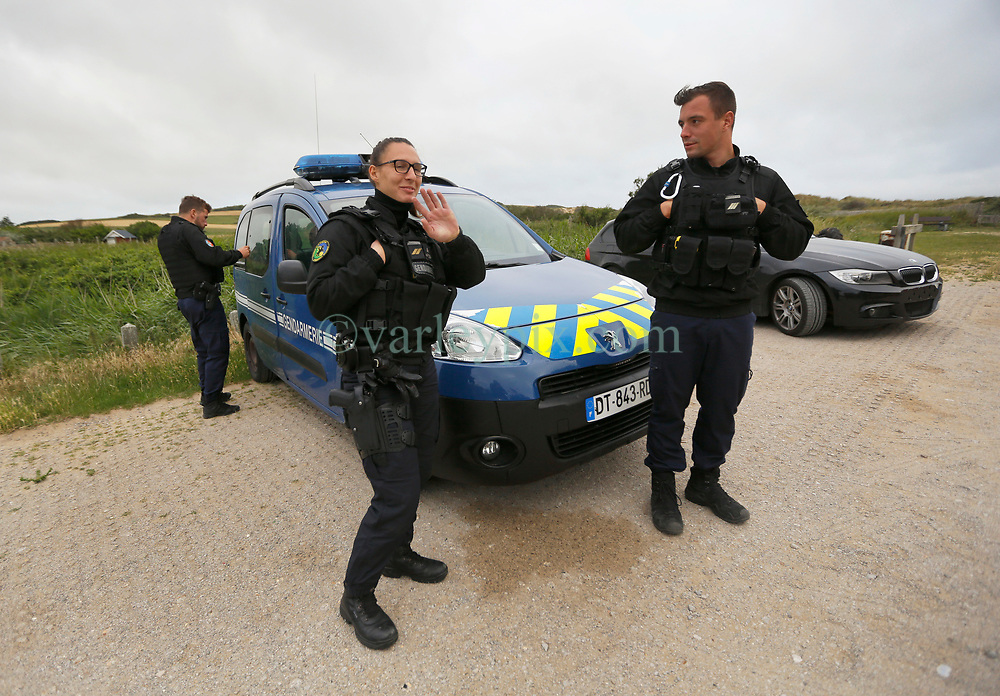