11 January 2015. New Orleans, Louisiana.
Bicentennial reenactment of the Battle of New Orleans in Chalmette.
Phillip Dye of the Royal Welsh Fuseliers of the British forces prepares to re-enact the January 8th, 1815 disastrous battle against American foes marking the 200th anniversary of the Battle of New Orleans in Chalmette. Despite heavily outnumbering the Americans, the British suffered over 2,000 casualties, with many senior officers amongst the dead and injured compared to the Americans who suffered a mere 70 by comparison. The American victory was hailed as miracle.
Photo; Charlie Varley/varleypix.com 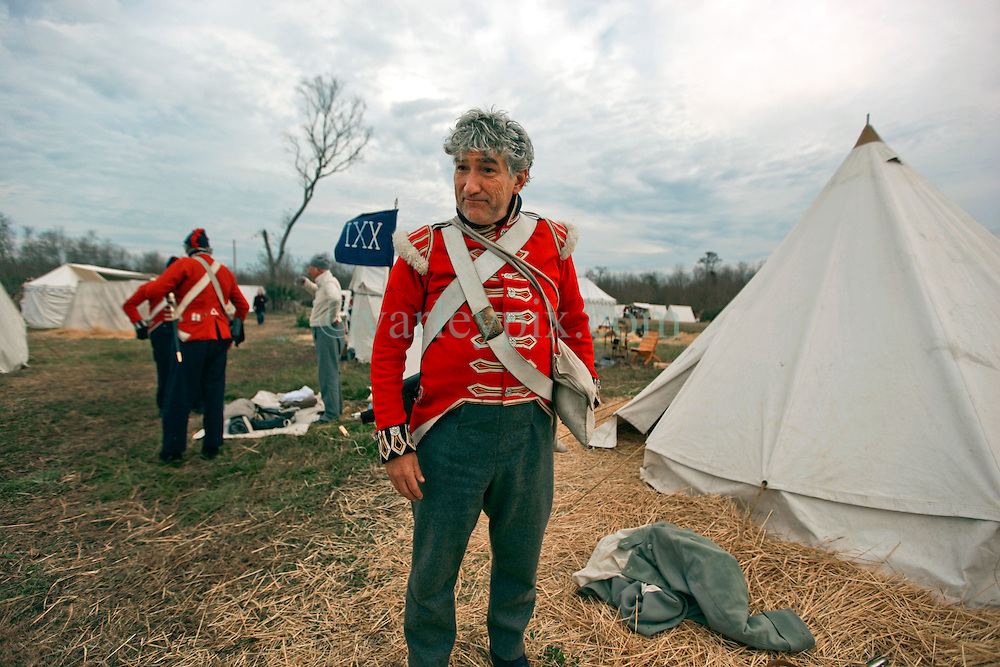