19 January 2019. Paris, France.
Gilets Jaunes - Acte X take to the streets of Paris. Tear gas mixes with smoke from flares at the end of the demonstration. An estimated 7,000 people took part in the looping 14 km route from Place des Invalides to protest tax hikes from the Government of Emmanuel Macron imposed on the people. An estimated 80,000 people took part in protests across the country. Regrettably the movement has attracted a violent element of agitators who often face off with riot police at the end of the marches which tends to deflect attention away from the message of the vast majority of peaceful protesters.
Photo©; Charlie Varley/varleypix.com 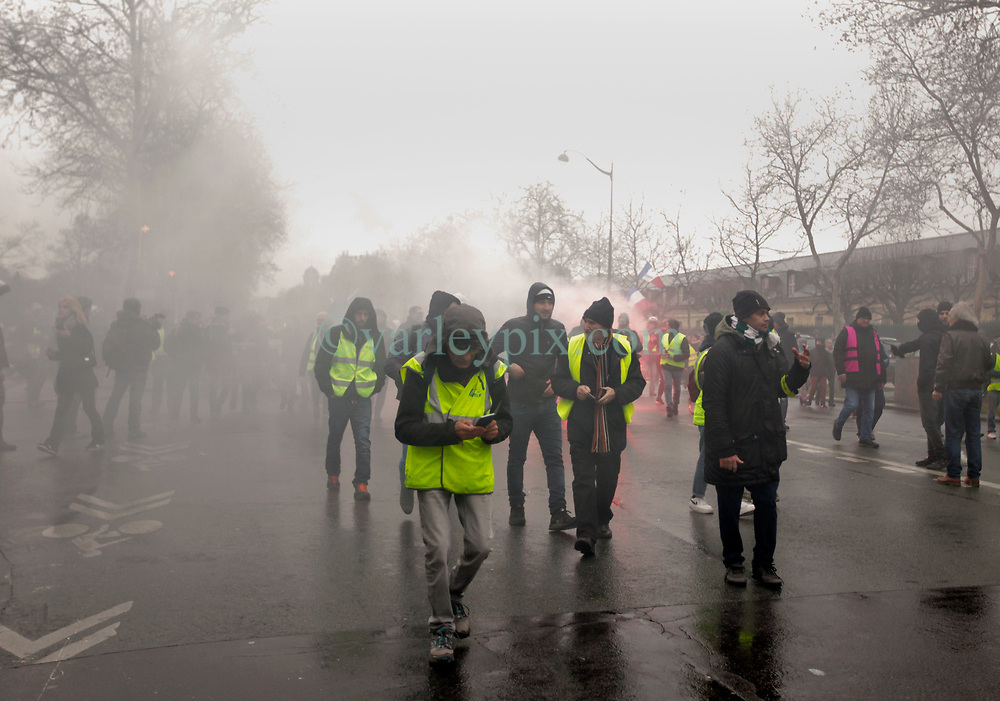