13th March 1994. Bristol, England, Great Britain.
Sunday Times, London. Front page.
Ordination of women priests.
This was my first ever broad sheet front page, one that hadn't come easily. Earlier in the day I had been dispatched to Bristol Cathedral to cover history in the making. For the first time in 450 years, the Anglican Church had taken the bold and at the time extremely controversial descision to ordain women priests. The world's media descended on the story. In a frantic afternoon I covered events in the lead up to the big event. Lots of pomp and ceremony, but the main event was to come later in the day. I sent my film back to the bureau of South West News Service with my then deputy photo editor. A little later later I got a frantic call, my film was shit, thin and all washed out. Nothing could be used. WTF did I think I was playing at? 'Get your shit together or get another f''king job,' the deputy photo editor screamed down the phone. This was a bit rich for a man who rarely left the office and wasn't rated that highly as a shooter by my colleagues. A classic rookie mistake. I had been shooting an event the previous evening and bumped the ISO of my film, forgetting to reset it the following day. I was devastated. My girlfriend at the time was mad at me, yet again I had missed a dinner party in London. She was reaching the end of her tether, keys would be under the mat yet again! But the main event hadn't happened yet. Not until the Bishop handed them the official papers would the ladies formally be the first women priests to be ordained. The press had been banned from the catacombs of the great cathedral, yet a TV cameraman friend of mine from ITV and I had discovered a way down earlier in the day. We took a huge gamble to ignore the main event upstairs, instead opting to hang out in the catacombs where we knew the ceremony would be finalized despite the media ban. We risked being thrown out and getting nothing at all. I didn't have much to lose but my 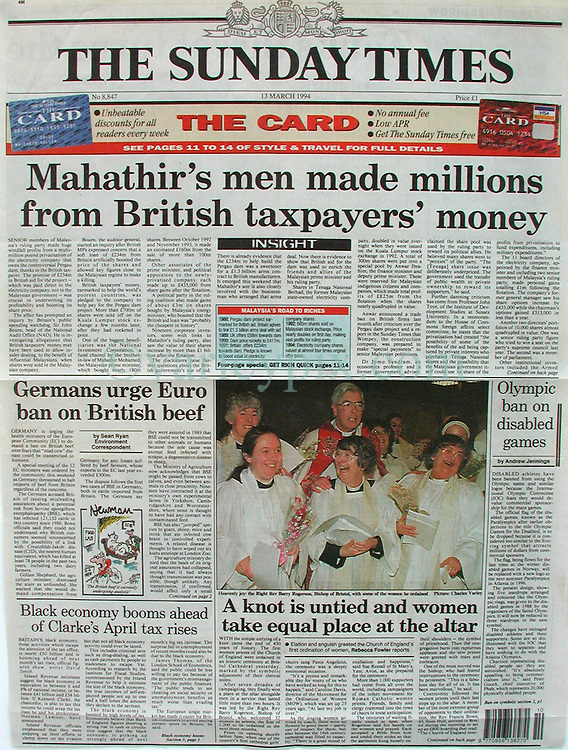