08 November 2020. Ovillers Cemetery, The Somme, Ovillers, France.
The marker for Captain John C Lauder, son of Britain most famous singer at the time of his death. His body lied just across the valley from Lochnagar Crater along with the remains of 3,440 Commonwealth servicemen of the First World War buried or commemorated in the cemetery. 2,480 of the burials are unidentified. The cemetery also contains the graves of 120 fallen French servicemen. Many of the casualties occured the first day of the Battle off the Somme, July 1st 1916 when British troops attempted to take the towns of ovillers and la Boisselle after detonating an enormous mine at Lochnagar. Heavily fortified German positions annihilated the British advance leaving in excess of 6,000 casualties on the first day of the battle of the Somme. In total there were over 1 million casualties during the battle with over 60,000 casualties on July 1st 1916.
Photo©; Charlie Varley/varleypix.com 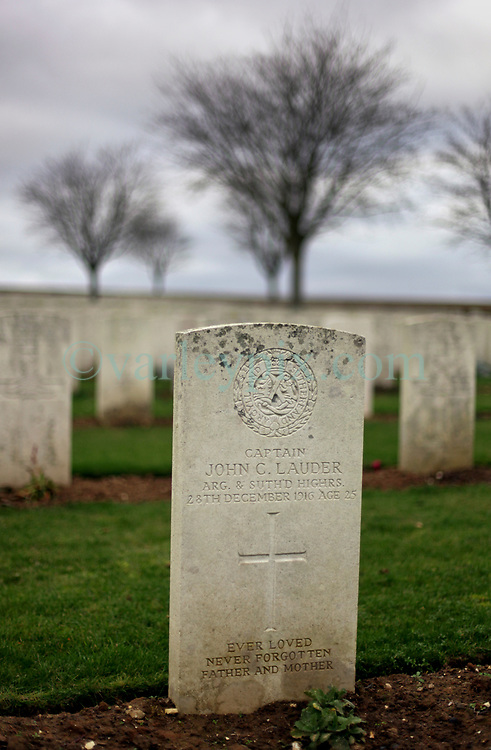