29 August 2006 - New Orleans - Louisiana. Lower 9th ward. The one year anniversary of hurricane Katrina. Brian Williams, NBC news anchor of the 'Nightly News' is 'miked up' for his 5.00pm live slot from the flood ravaged area. (6.00pm east coast). Williams has been a staunch supporter of New Orleans and has been a great vocal critic of the slow pace of reform and has heavily criticised both federal and local government ineptitude. Many New Orleanians support Williams and his continued efforts to highlight the vast array of problems still facing the community and applaud him for his efforts to maintain the city as a 'newsworthy' story. 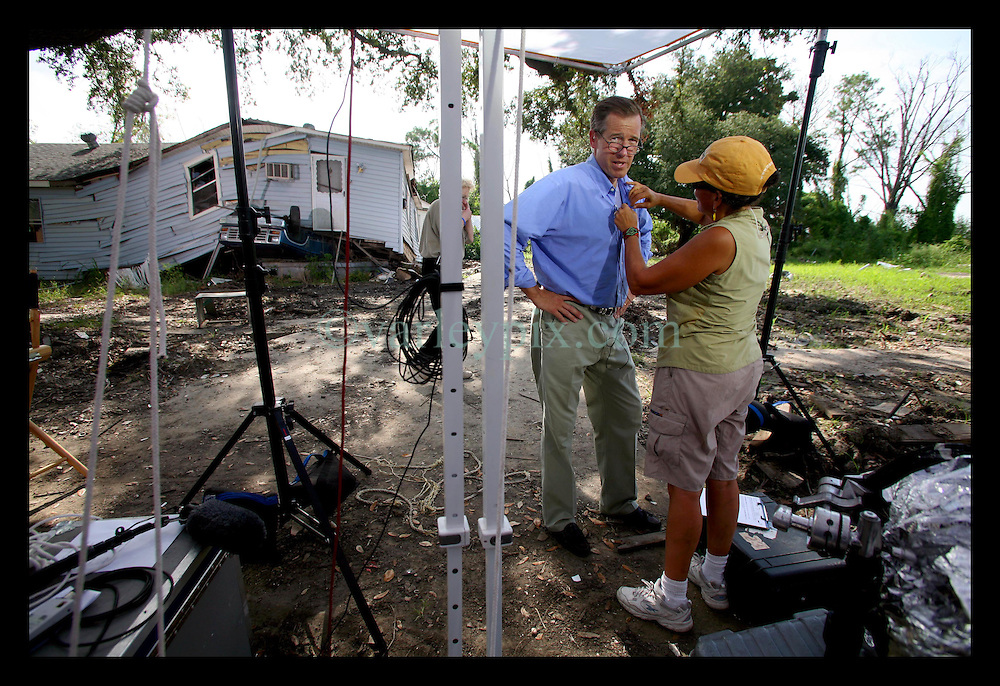