A spokesman for France’s Channel Prefecture said the photo was shot on Wednesday June 10, three miles off Calais.

‘Three men and a woman were attempting to paddle across the channel on two windsurf boards that had been tied together with rope,’ adding: ‘Shovels were being used as oars.’

A Mayday was put out by a Dunkirk Seaways ferry after the group was spotted at 6.35am, in a relatively calm sea.

The VCSM Escaut rescue craft attended the scene, and rescued the migrants, who were all suffering from mild hypothermia.

The group was returned to France, and later ‘processed’ by Border Police, who could provide no further details of what happened to them.

The Prefecture spokesman said migrants were increasingly using makeshift crafts because of the difficulty of getting hold of motorboats.

So far in June, 250 migrants have reached Britain by boat - including a record single-day figure of 166. 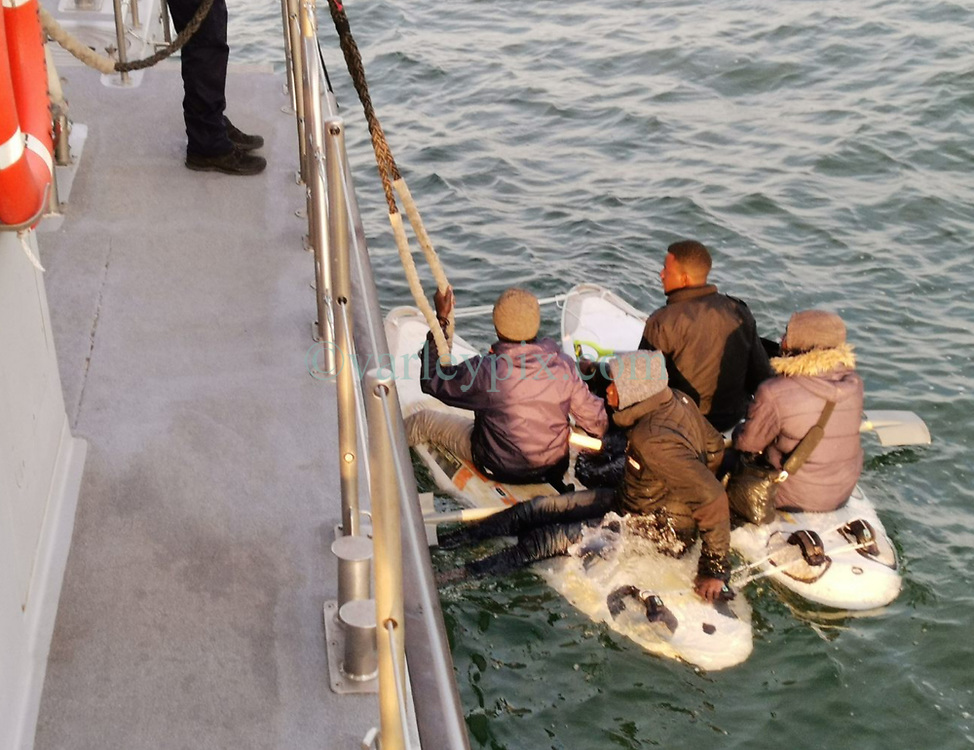