26 June 2020. Zone des Dunes, refugee camp, Calais, France.
A young refugee mother sits at the side of the road with her young 2 year old son close to the tented refugee camp at Zone des Dunes in Calais, a relatively new refugee camp which sprang up just outside the notorious 'Jungle' camp which was closed down by authorities. The mother who did not wish to be named is a refugee from war torn Eritrea. She made her way overland from Eritrea to Sudan and from Sudan through what she described as extremely dangerous Libya. From Libya she was able to get on a boat to Italy where she then boarded a train to Austria and eventually Germany where her son was born. The young mother claimed conditions in Germany were atrocious and she left for France where she has lived in the refugee camp at Calais for almost 6 months. Her dream is to find safety and sanctuary for herself and her little boy in the United Kingdom.
Photo©; Charlie Varley/varleypix.com 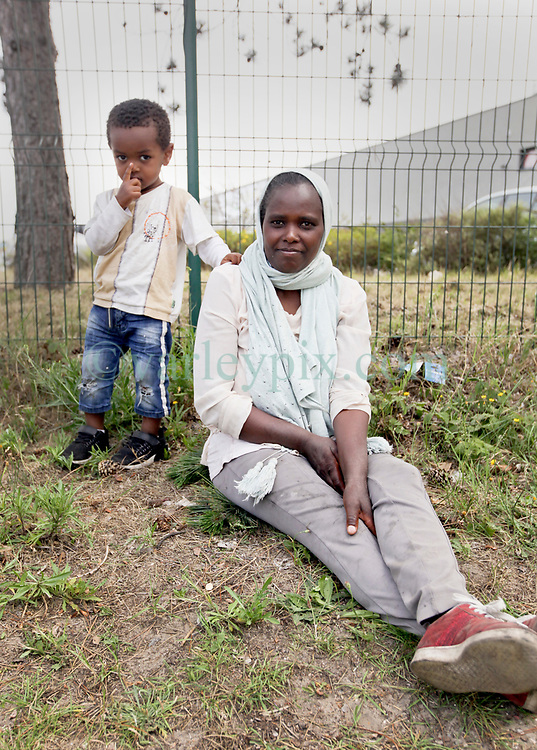