Smugglers' Paradise. Remote beach south of calais known by authoroties as a launching site for migrants attempting to cross from the Calais region of France to the British coast.

30 June 2020. South of Calais, France.
Smugglers' paradise. A deserted beach south of Calais where local police claim migrants often attempt the treacherous crossing to Great Britain. Items found in a shack and caravan including passport photos, empty water bottles, mattresses and cardboard used as bedding clearly indicate the seemingly derelict premises hidden in the sand dunes have recently been used. The location is reasonably remote and backs onto farmland. A gravel access road makes this a prime location for ruthless criminal gangs to drop migrants paying as much as €5,000 for a ticket on an inflatable dinghy with a small outboard motor and less for surfboards and inflatable kayaks. Local police claim it is from here and other remote beaches in the region that migrants often set out to make desperate and dangerous attempts to cross one of the busiest shipping lanes in the world. Migrants are crossing the English Channel (La Manche) by boat, kayak, surf board and even inflatable paddling pools as numbers seeking asylum in the UK continue to rise.
Photo©; Charlie Varley/varleypix.com 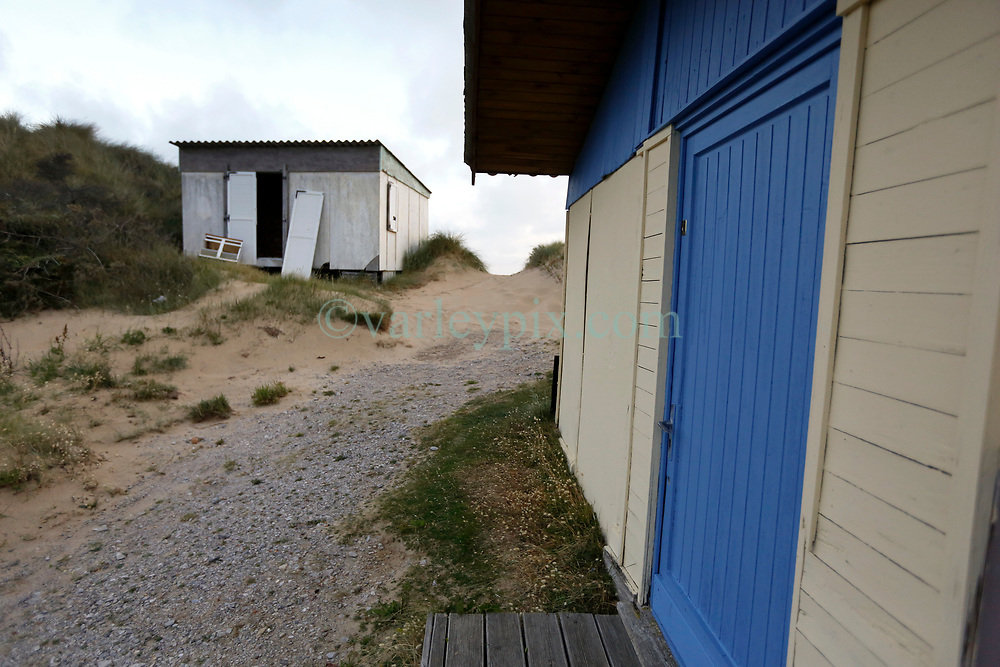