23 July 2010. Barataria Bay near Grand Isle, Louisiana.
A 'floatel' passes by heading inland away from the coast as tropical storm 'Bonnie' threatens the Gulf of Mexico. BP contractors prefer to house clean up crew workers in these floating container motels to save a few lousy dollars rather than station workers on land where they would benefit the local economy. Already reeling from poor decisions and an economic and environmental disaster thanks to BP's catastrophic oil spill in the Gulf of Mexico, the corporation continues to oversee economic devastation wreaked on local communities. Private contractors continue to get rich taking BP's cash as local economies flounder. 'Floatels' do not benefit local communities in any way. BP contractors bring all food and supplies to the 'floatels.' In an area both economically and ecologically devastated by BP, this would appear to be yet another slap in the face to struggling local economies - and all to save a few bucks to make a few contractors even wealthier than they already are! This should be a national disgrace.
Photo credit; Charlie Varley/varleypix.com 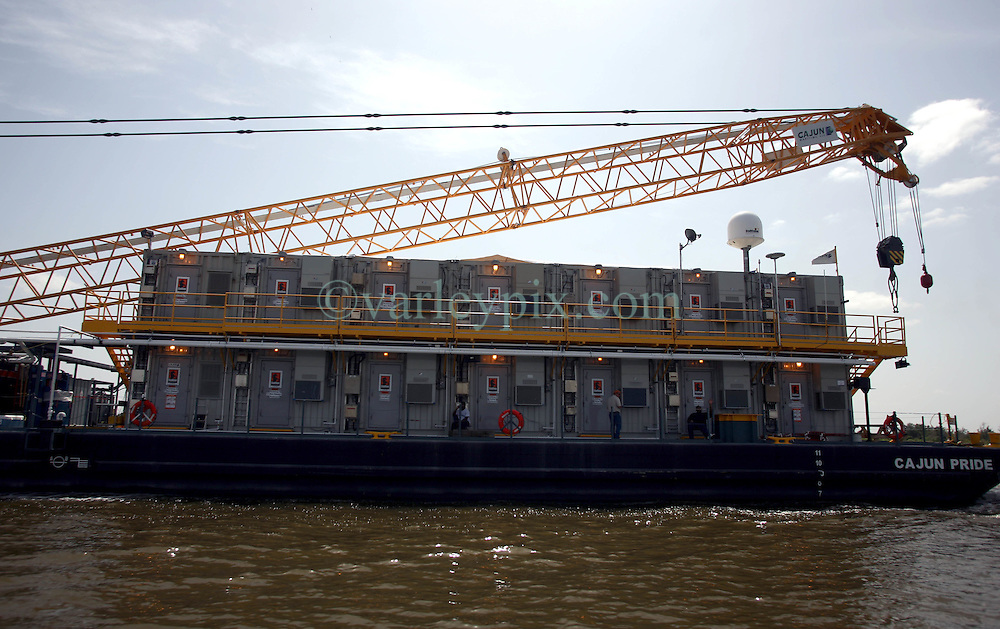