09 May 2010. South Beach, Waveland, Mississippi USA.
Wildlife abounds on the beaches. The 'laughing gull' colonies are in the middle of spring nesting. All wildlife is potentially threatened by the oil slick in the gulf. Just a few miles off the coast, an impending disaster looms. With the continual flood of oil washing into the Gulf of Mexico and as winds turn and begin to push from the south, it is only and matter of when, not if the oil reaches the beaches. The barrier islands just offshore are taking a battering soaking up the initial fronts of oil, threatening everything in it's ever encroaching path.
Photo; Charlie Varley/varleypix.com 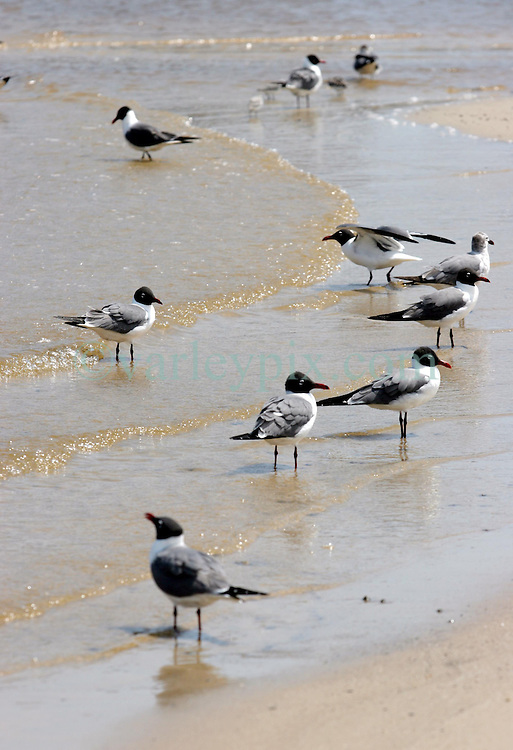