10 June 2010. Breton Sound Marina, Hopedale, Louisiana. USA.
Ricky Robin, captain of the boat 'Lil Rick.,' plays his trumpet in the wheel house. Robin, a commercial fisherman since he was a teenager is now subcontracted to BP. Robin awaits equipment to be loaded onto his shrimp boat which has been converted to an oil skimming vessel. Robin doubts how effective the equipment will be and suggests BP should leave such work to the professionals.
The ecological and economic impact of BP's oil spill is devastating to the region. Oil from the Deepwater Horizon catastrophe is evading booms laid out to stop it thanks in part to the dispersants which means the oil travels at every depth of the Gulf and washes ashore wherever the current carries it. The Louisiana wetlands produce over 30% of America's seafood and oil and gas production. They are the most fertile wetlands and nurseries of their kind in the world. BP's oil is killing everything.
Photo; Charlie Varley/varleypix.com 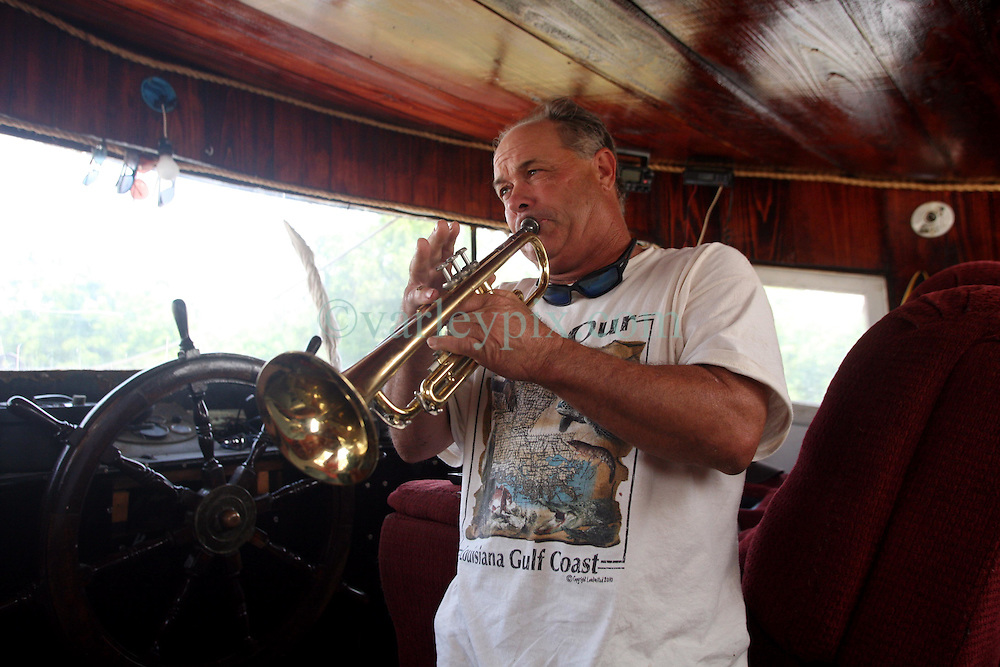