29 August 2007. Lower 9th Ward, New Orleans, Louisiana.
Second anniversary of Hurricane Katrina. President Bush visited a high school less than a mile from the still demolished Alfred Lawless High School in the Lower 9th Ward. Bush posed for photo opportunities at a newly rebuilt high school, yet close by the ghostly remains of of a bullet riddled TV hang at another high school show how so many have been left behind. The area remains mostly abandoned and overgrown. President Bush came to town and claimed he could be proud of what local and federal government have achieved in the city. Yet two years after the storm, it is quite clear that local and federal government are failing and have a great deal to do to live up their promises.
Photo credit; Charlie Varley. 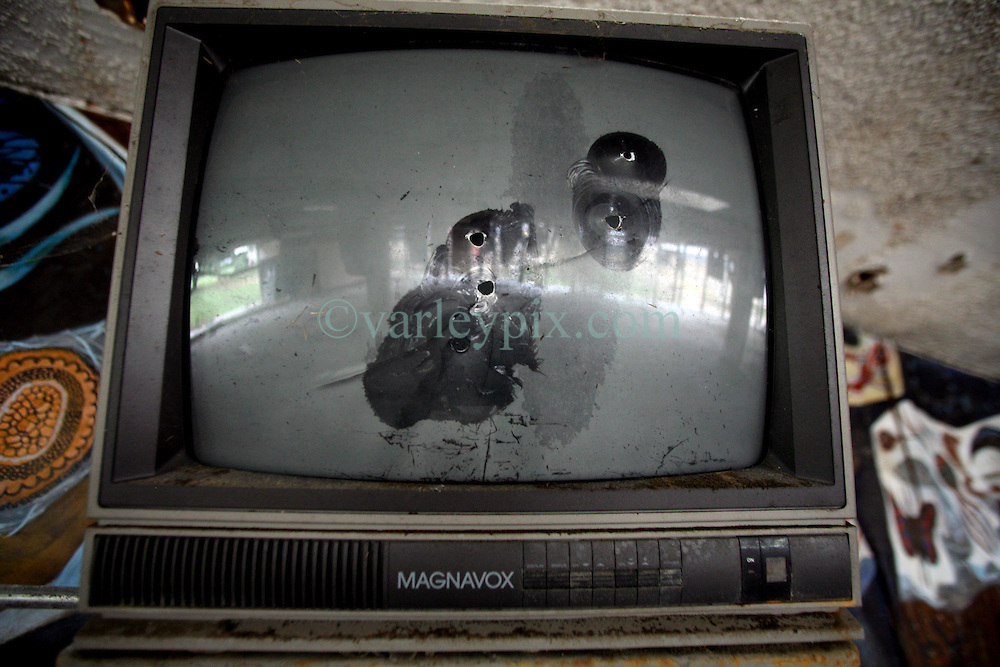