05 January 2007 - Murder in New Orleans. .Murder of Helen Hill. A note posted to the side of the house where Helen, an artist and yound mother was shot and killed. .Tragic scene at 2444 North Rampart Street where Canadian Doctor Paul Gailiunas was shot 3 times in front of his two month old son Francis. Paul's wife, film maker Helen Hill was shot and killed on the evening of January 4th as bloodshed spirals out of control in the Crescent City. Touching tributes were left on the house railings. .Photo credit; Charlie Varley. 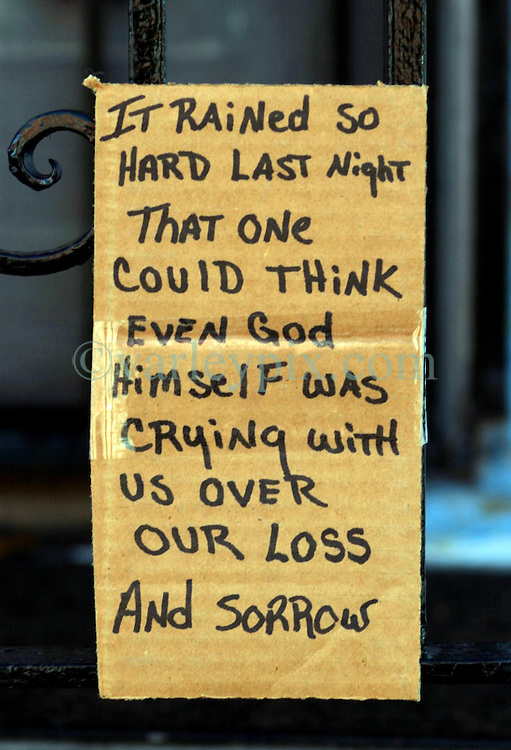