2200 Block of Orleans St, where Irish Garda Brian Hanrahan was held up at gunpoint and shot twice.

04 February 2015. New Orleans, Louisiana.
The gritty, run down 2200 block of Orleans Street, scene of the shooting of Irish Garda Brian Hanrahan, shot in New Orleans on January 27th, 2015. The shooting scene is approximately 1.5 miles from Bourbon Street and it is unclear why Hanrahan walked this far away from the French Quarter? NOPD advised that Hanrahan was shot for refusing to hand over his wallet. The assailants rifled through his pockets and wallet where they discovered his Irish police ID. It is alleged they asked if Hanrahan was a cop. When he confirmed that he was, his assailants then allegedly told Hanrahan, 'Well, this is how we do things in New Orleans,' and they shot him a second time.
Photo; Charlie Varley/varleypix.com 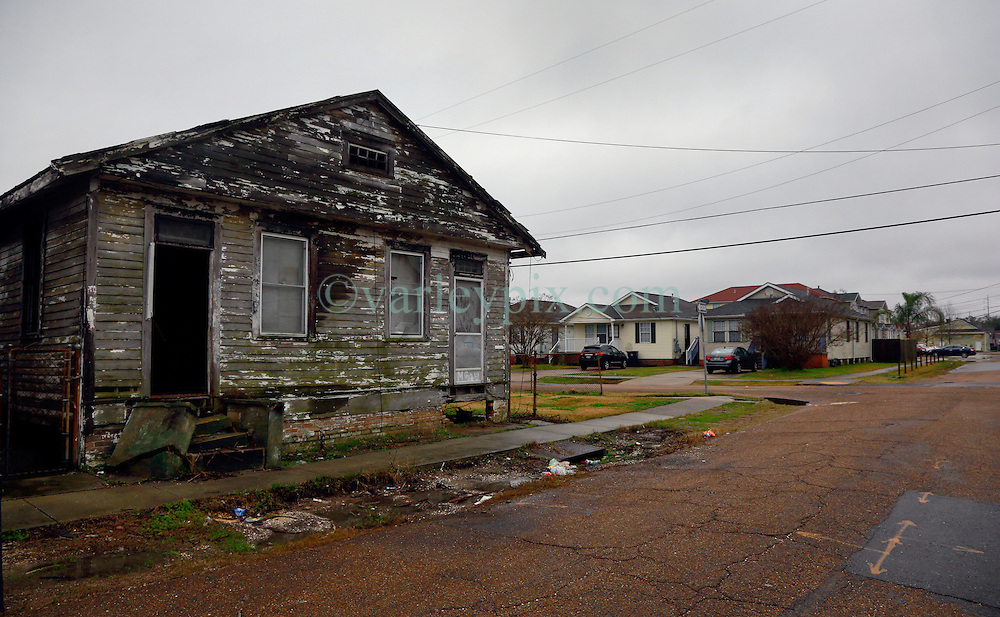