23 July 2010. Queen Bess Island near Grand Isle, Louisiana.
Oil containment hard boom washed ashore in the middle of bird nesting areas on Queen Bess Island near Grand Isle. The boom itself has now become the problem as it interferes with nesting brown pelicans and other birds. Minor storms and swell easily remove the boom from flimsy moorings creating yet another problem in the region. Stakes tethering boom to the bay floor are unlikely to be removed, causing yet more obstacles for shrimp fishermen to tear their nets on when shrimping is permitted to resume. The entire area appears to be relatively clean of oil. Perhaps the area is witnessing the beginning of the end of the disaster from BP's massive oil spill in the Gulf of Mexico? It will be many years before the long term effects of the spill are known and a tropical storm or hurricane could still bring large slicks of oil ashore.
Photo credit; Charlie Varley/varleypix.com 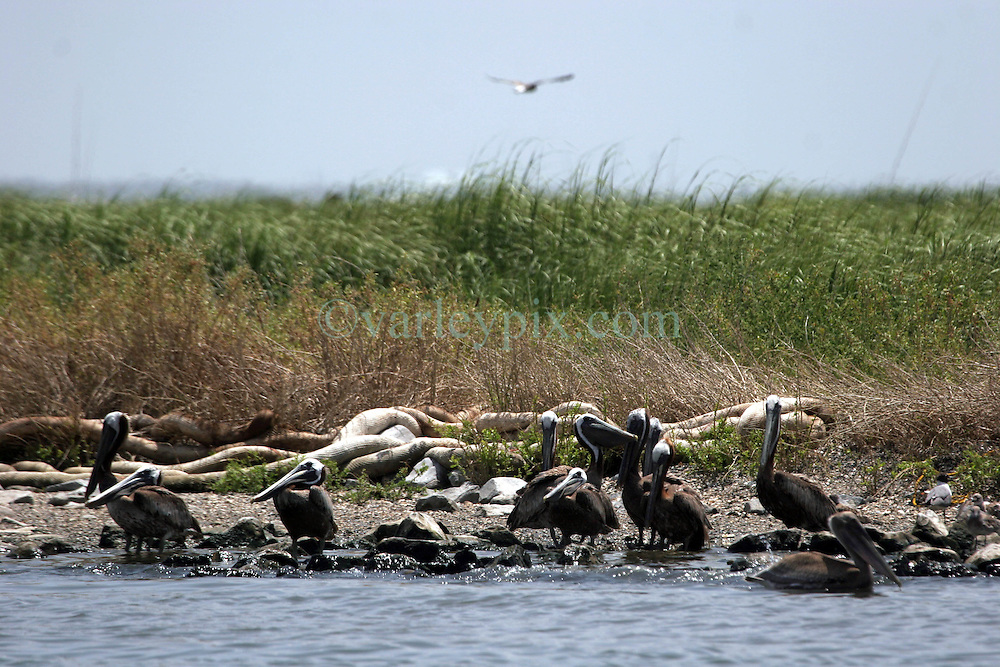