29 August 2006. New Orleans, Louisiana. Lakeview. Lake Pontchartrain. Local fishermen cast their nets and land catfish from the still waters that just 12 months ago devastated the area as they filled back into the city, rupturing the nearby 17th street canal. The connection New Orleans and south Louisiana has with the water is inextricable. The two are forever linked together and until the Army Corps of Engineers is able to build sufficient flood protection, and the greater world is able to control global warming and rising seas, the city and the region will continue to be at increased risk for even greater devastation in the years ahead.
Photo Credit©; Charlie Varley/varleypix.com 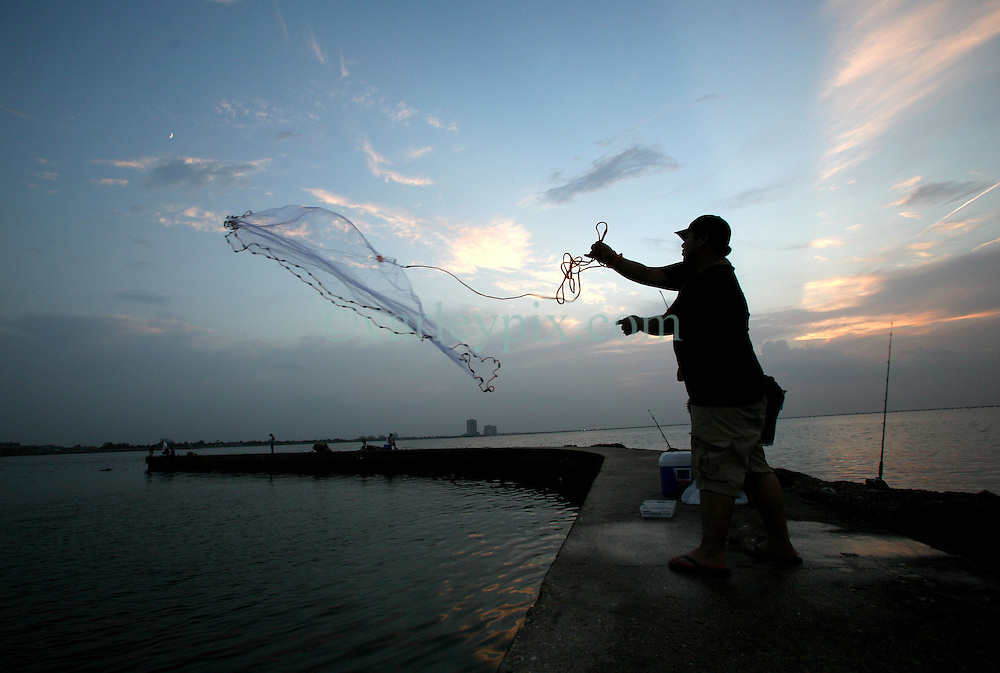