26 Jan 2012. New Orleans, Louisiana USA. .A young boy holds a toy gun at a community meeting held at a school on the same block of an attempted carjacking turned homicide. Residents gathered to grill NOPD Chief Ronal Serpas and elected officials. Yesterday local good samaritan Harry 'Mike' Ainsworth was shot and killed as he attempted to foil a carjacking outside the school at 7.00am. His children, aged 9 & 11 sobbed as he died in their arms..Photo; Charlie Varley 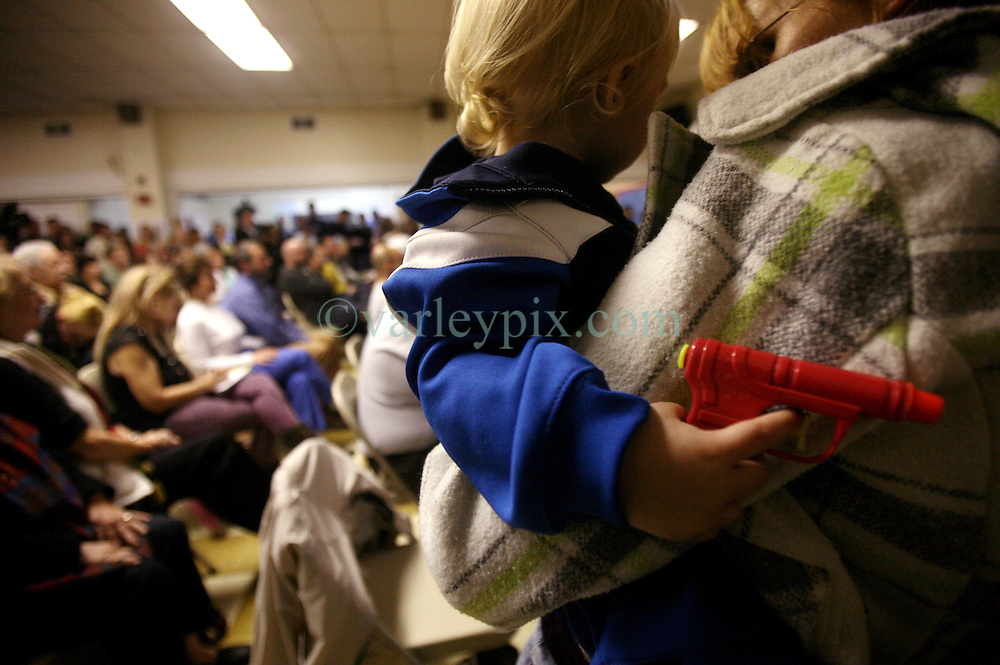