1 July 2006 - New Orleans - Louisiana. Earl Jackson, City Park. 58 yr old Jackson moved to New Orleans from Georgia in October 2005 in search of work. He moved to the unauthorised migrant workers encampment at City Park, where many workers and drifters lived in tents and trailers. He slept on the outdoor couch the previous night. The camp was forcibly emptied and the residents evicted under court order just after midnight on July 1st. Jackson is the last resident, picking his way through the remnants of the camp. Life has been tough for Jackson, living in a tent in the park next to a creek with snakes, spiders, alligators and mosquitos. His tools were stolen early on, his ride towed. His health has deteriorated. He has a septic spider bite inside his thigh, small flies dine on wounds on his legs, he must shower and shave under an outdoor hose. The only possessions he has left are all kept in a shopping cart. The city removed the mobile toilets forcing Jackson to defecate in the woods. He does not know where he will go now. He will likely end up amongst the city's homeless population. 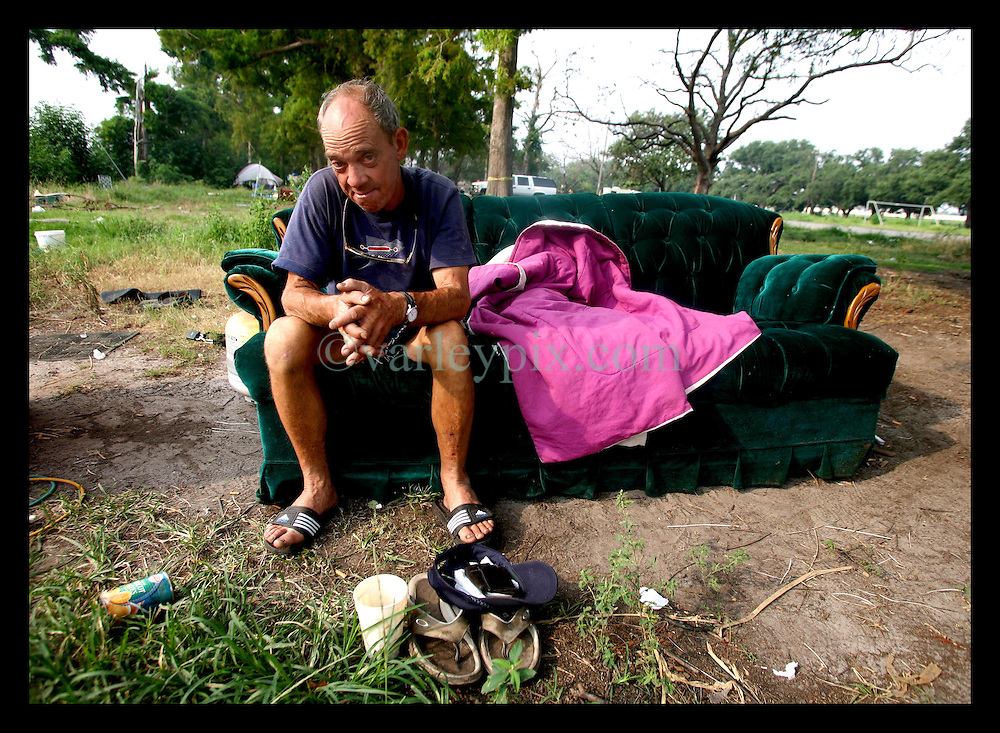