14 May 2014. New Orleans, Lousiana.
A school bus filled with classmates of the victim passes an usher at the funeral for teenage shooting victim Miqual Jackson at the New Hope Baptist Church. 14 years old Jackson was shot in the back of the head May 5th and died shortly afterwards. His 15 year old brother Lamichael was hit in the leg and survived. 52 year old Gregory Johnson is wanted on 1st degree murder charges. Randy Pittman, 49, an associate of Johnson's was arrested on 3 counts of being a principal to 1st degree murder. The New Hope Baptist Church witnessed the funeral of 1 year old Londyn Samuels who was also gunned down in cold blood on the streets of New Orleans 8 months ago.
Charlie Varley/varleypix.com 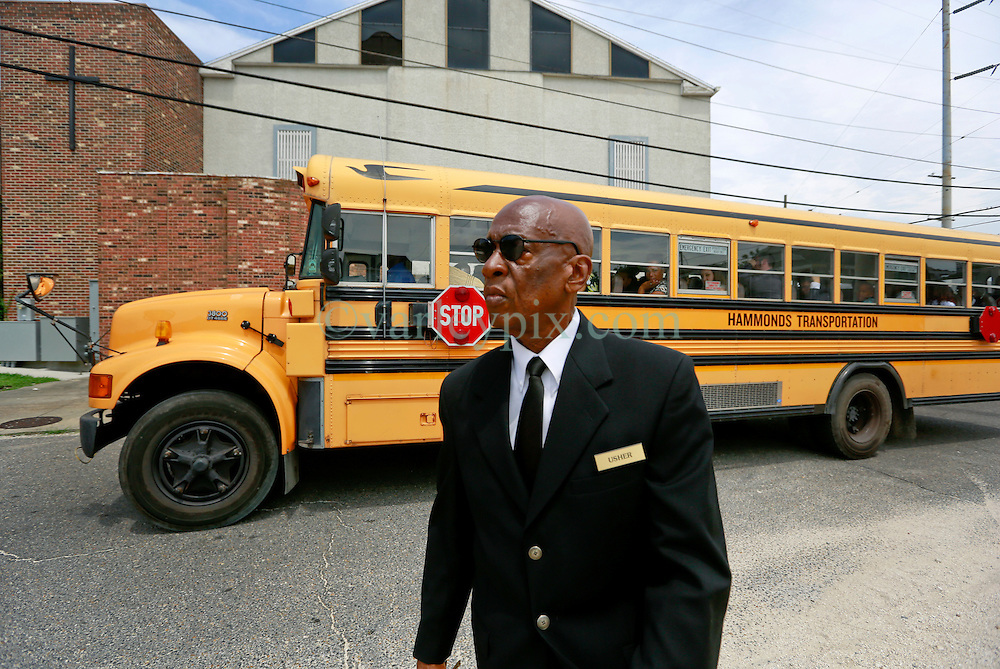