Jan 7th, 2006. A representative from FEMA talks to soldiers at the Battle of New Orleans re-enactment at Packenham Oaks in Chalmette near New Orleans, Louisiana to ensure any that need assistance are claiming it. Period costumed British and American men along with 'irregulars' from the Independence/Civil War period commemorated the battle of Jan 8th, 1815 - the last battle of the war of 1812. The British led by General Edward Packenham were soundly defeated by troops hastily assembled by General Andrew Jackson. 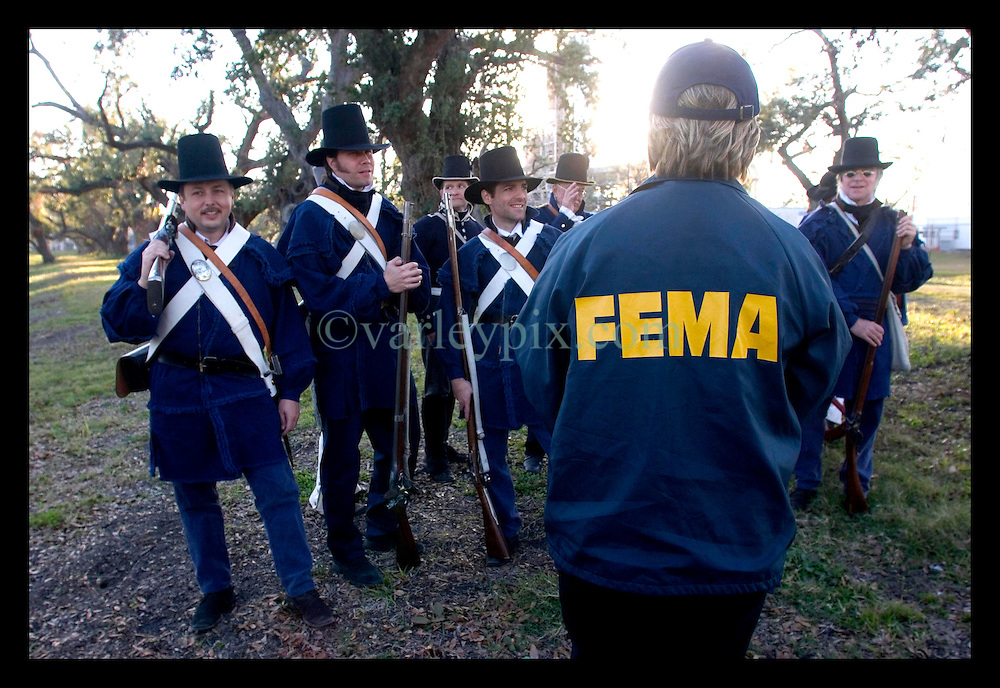