07 June 2010. Pointe aux Chenes, Louisiana.
Fading away. Myron Prosterie, a shrimper, crabber, oysterman, fisherman and one time oil worker. Myron holds over $1,700 worth of various fishing permits issued by the state. At present, all his fishing grounds are closed. He can not make use of any of the permits and he can not earn the money to make up the money. Widowed eight months ago, Myron is a member of the Pointe aux Chenes Indians, settlers that can trace their roots beyond 5 gererations back to France. French cajun is the language of the elders, but is dying out in the children of today. BP's catastrophic oil spill threatens the tribe's very existance, their way of life and the land on which they live. Not recognised by the federal government, the 680 member tribe struggles for funds in a small community that survives only because of fishing and oil extraction in the Gulf of Mexico.
He knows his life will never be the same again. The ecological and economic impact of BP's oil spill is devastating to the region. Oil from the Deepwater Horizon catastrophe is evading booms laid out to stop it thanks in part to the dispersants which means the oil travels at every depth of the Gulf and washes ashore wherever the current carries it. The Louisiana wetlands produce over 30% of America's seafood and oil and gas production. They are the most fertile wetlands and nurseries of their kind in the world.
Photo; Charlie Varley/varleypix.com 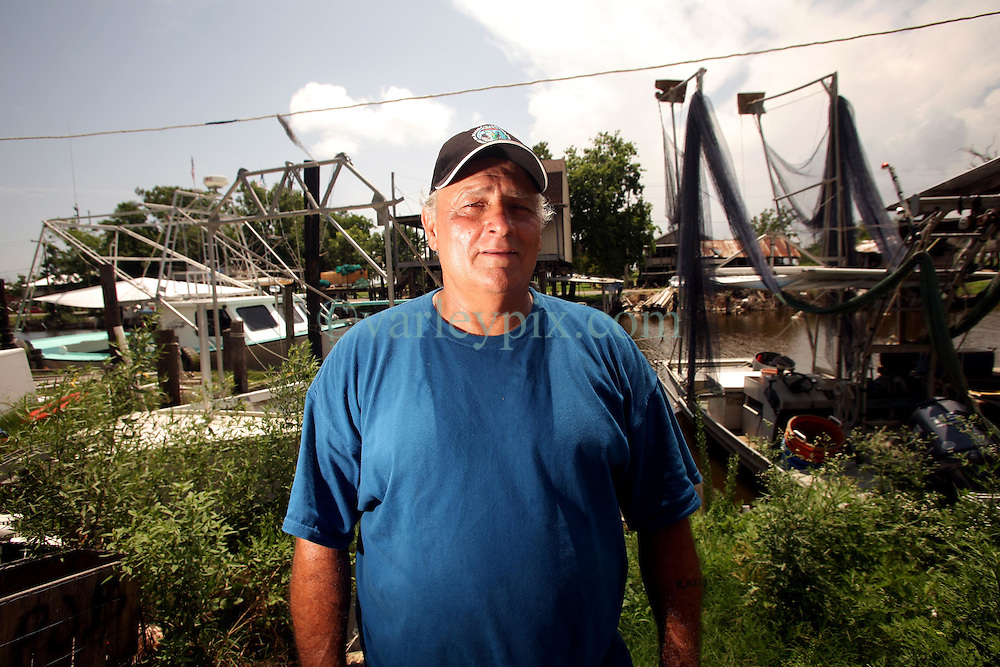