28 August 2006 - New Orleans - Louisiana. Lakeview. Colonel Bedey, Commander of the Hurricane Protection office, Army Corps of Engineers at the head of the 17th Steet canal, close to where the levee breached, destroying the mostly white, affluent area of Lakeview. Bedey assures us that the current levee system is as good as, and up to at least the same strength as the pre Katrina levees. Not really all that good news a year later, considering the level of protection the last lot of levees gave the city! 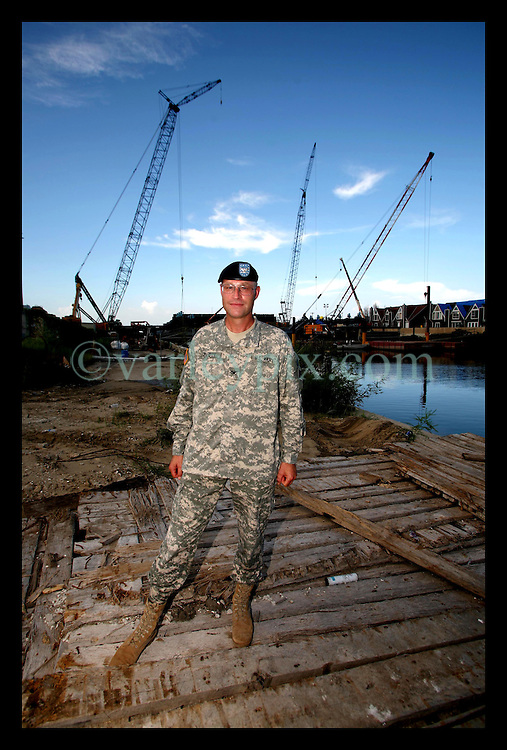