August 2003. New Orleans, Louisiana, USA..Murder suspect James Bannister is taken down by members of the 6th district police dept in New Orleans. Bannister was later convicted of the second degree murder of Lamont Mitchell who he shot to death the previous day in the back of the same brown Buick Regal he was arrested and dragged from. Mitchell was shot and killed for little more than poking fun at men he considered friends. .Photo credit; Charlie Varley. 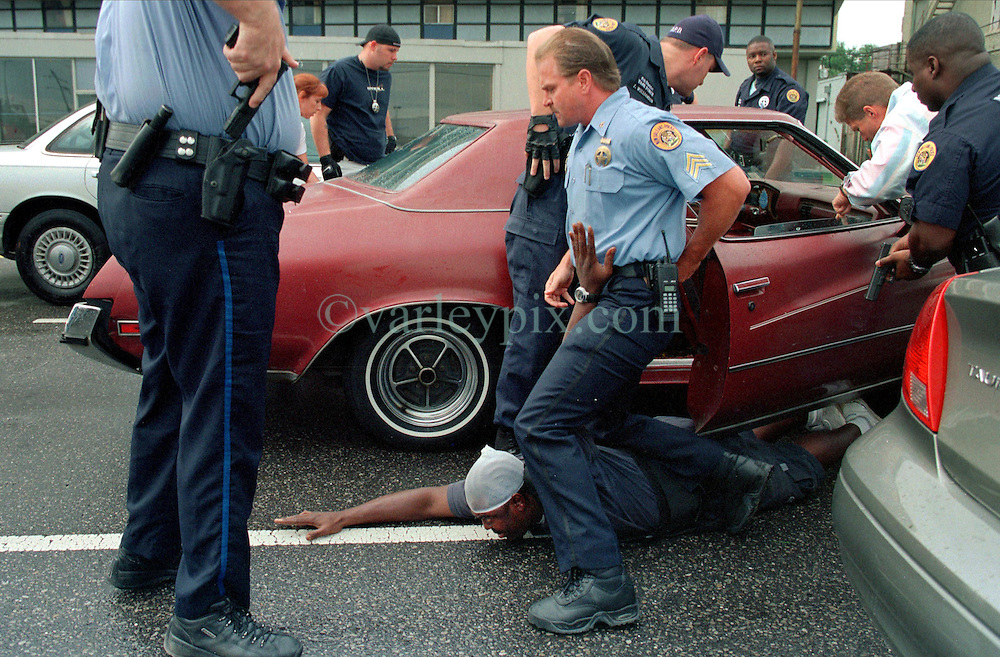