17th Feb, 2006. New Orleans, Louisiana. Controversial cruise ships, Carnival Lines Ecstasy and Sensation lie at dock on the east bank of the Mississippi river. Both ships have been hired at vast expense to house police, fire fighters and many of the city's first responders and workers. However at the end of February, Ecstasy is due to sail, technically rendering homeless many of the city's vital first response teams at the hight of Mardi Gras. A stray dog, now common in New Orleans wanders along the shore line. 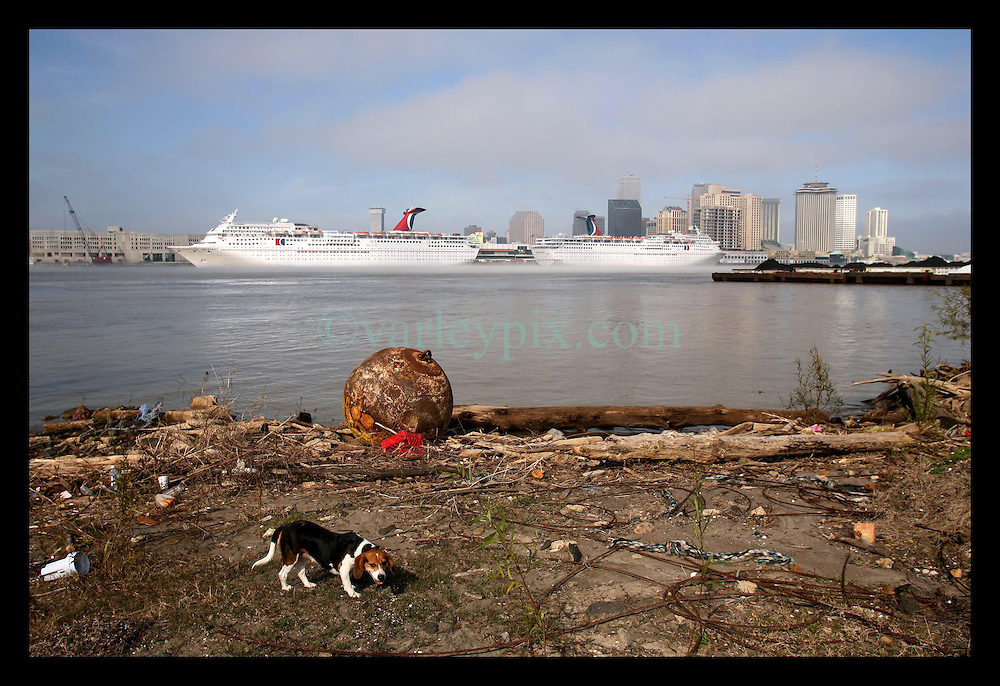