29 August 2007. Lower 9th Ward, New Orleans, Louisiana.
Second anniversary of Hurricane Katrina. Local council woman Cynthia Willard Lewis leads a prayer with ministers at the top of the Claiborne Bridge where wreaths and flowers were thrown into the canal in memory of the victims of Hurricane Katrina. Residents had gathered at the hurricane Katrina memorial in the Lower 9th Ward to remember those who perished when the industrial canal levee breached less than a mile from where they stand. Many residents are struggling to return to the still derelict and decimated Lower 9th Ward.
Photo credit©; Charlie Varley/varleypix.com 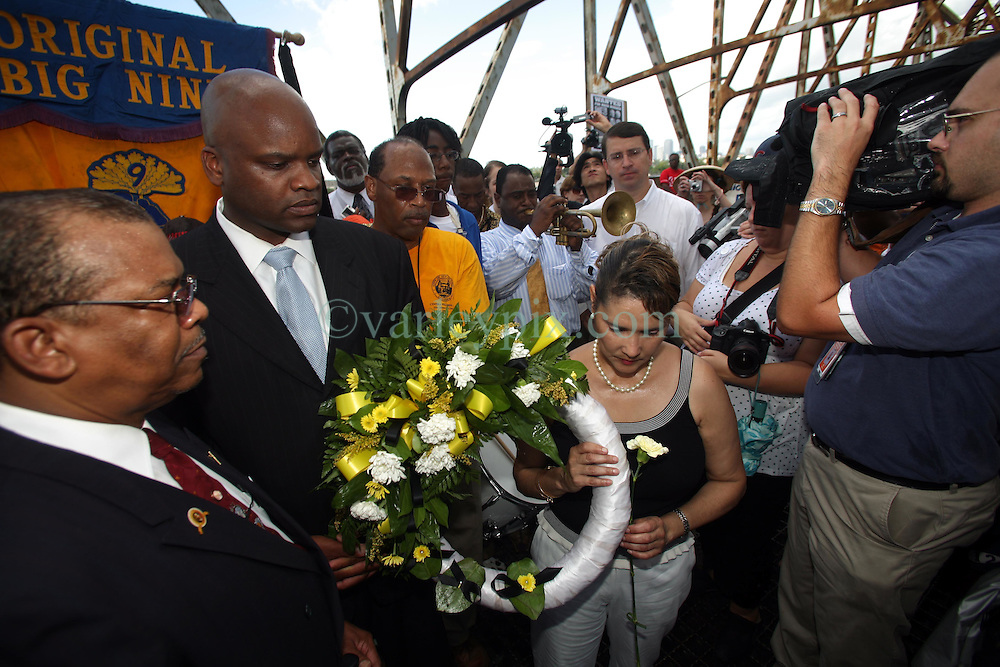