15 April 2016. New Orleans, Louisiana.
Abandoned Six Flags amusement park in New Orleans East.
Not amusing any more. 'Closed for storm.' Six Flags.
Signs of devil worship can be found on the site. From graffiti depicting 666 and upside down crosses. A security guard confirmed he has ejected Devil worshippers from the abandoned former amusement park. The park radiates an eerie post apocalyptic sense of foreboding in it's dereliction. The park was destroyed by hurricane Katrina in August 2005, stripped by copper thieves and is slowly being reclaimed by the land it stands on. The site is now home to thriving wildlife. Would be developers for the former Jazzland site have proposed various ideas over the years to revive the area into a theme park and shopping complex, proposals which have been rejected by the Industrial Development Board.
Photo; Charlie Varley/varleypix.com 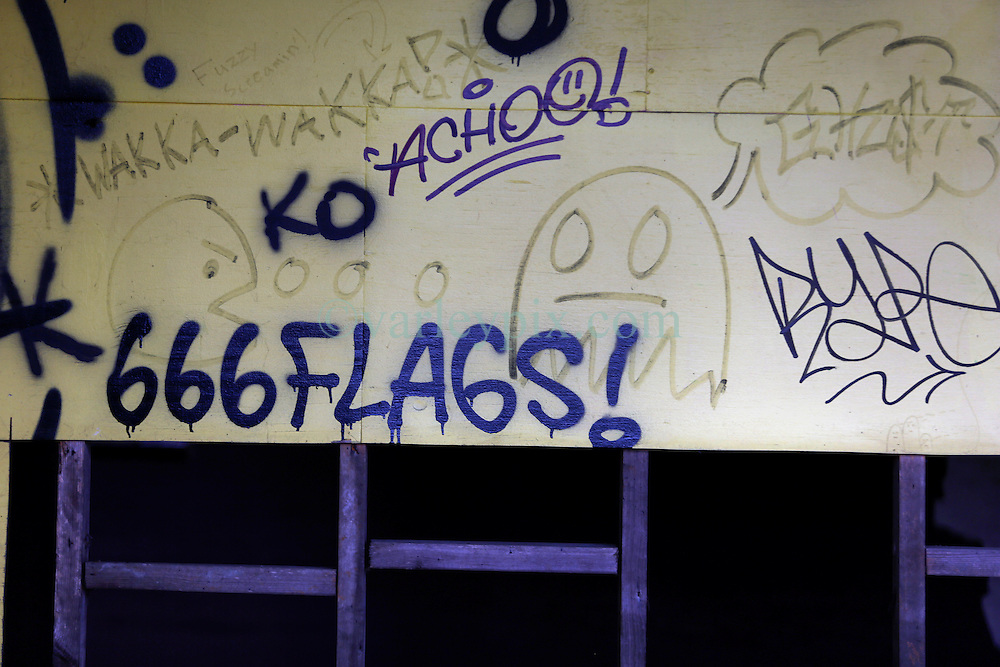