11 January 2015. New Orleans, Louisiana.
Bicentennial reenactment of the Battle of New Orleans in Chalmette.
L/R; Capt Larry Stutt of the 8th Regiment afoot, Major Hal Dennison of the 1st Regiment afoot Royal Scots Guards and Major Dave Bennett of the US 1st Infantry after re-enacting the January 8th, 1815 marking the 200th anniversary of the Battle of New Orleans in Chalmette. Despite heavily outnumbering the Americans, the British suffered over 2,000 casualties, with many senior officers amongst the dead and injured compared to the Americans who suffered a mere 70 by comparison. The American victory was hailed as miracle.
Photo; Charlie Varley/varleypix.com 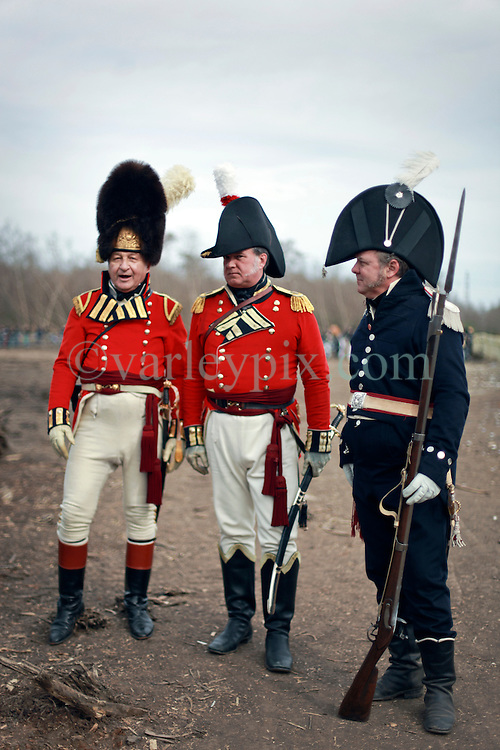