24 August 2006 - New Orleans - Louisiana.
Lower 9th ward. Australian tourists and hurricane Katrina survivors Bud Hopes (33yrs - Brisbane) and Michelle Van Grinsven (22yrs- Sydney) return to the city almost a year after they were caught up in hurricane Katrina. Bud and Michelle were amongst the tourists evacuated to the Superdome during the storm. Bud emerged as the 'leader' of the tourist group of some 70 foreign tourists caught up in the hell that was the Superdome in the days after the storm last year. The two are shocked to discover the lack of action amidst the debris of the still ruined Lower 9th Ward.
Photo; Charlie Varley/varleypix.com 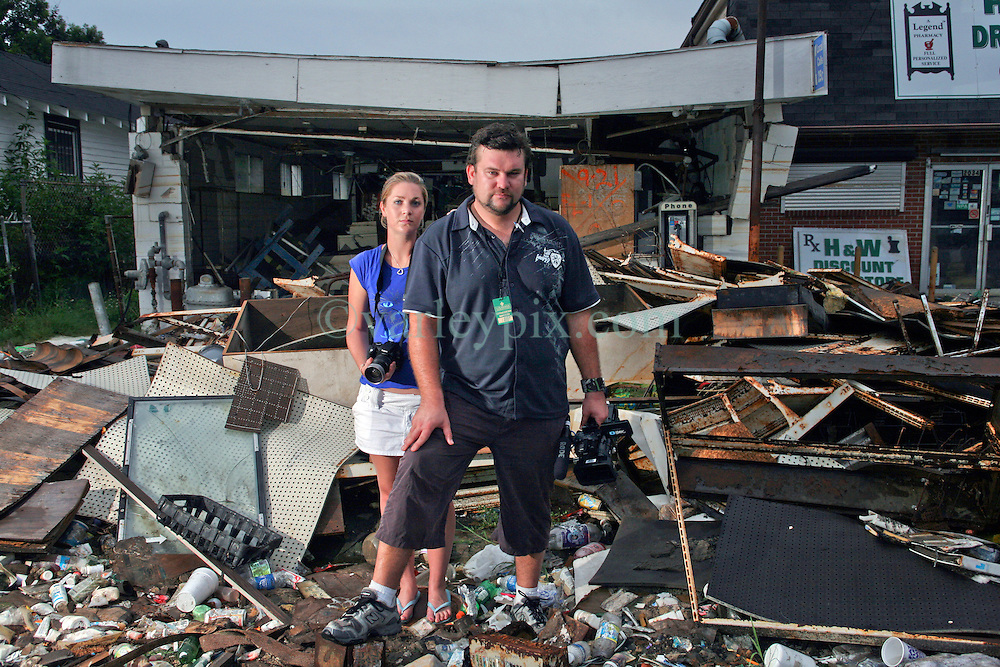