09 June 2010. Fort Jackson, Venice, Louisiana.
Soldiers from the 843rd Engineering Company Louisiana National Guard as they load giant sand bags in operation 'Pelican Island Mission' as they struggle to reinforce fragile barrier islands in an effort top stem the flow of BP's catastrophic oil spill as it washes ashore.
The ecological and economic impact of BP's oil spill is devastating to the region. Oil from the Deepwater Horizon catastrophe is evading booms laid out to stop it thanks in part to the dispersants which means the oil travels at every depth of the Gulf and washes ashore wherever the current carries it. The Louisiana wetlands produce over 30% of America's seafood and oil and gas production. They are the most fertile wetlands and nurseries of their kind in the world. BP's oil is killing everything.
Photo; Charlie Varley/varleypix.com 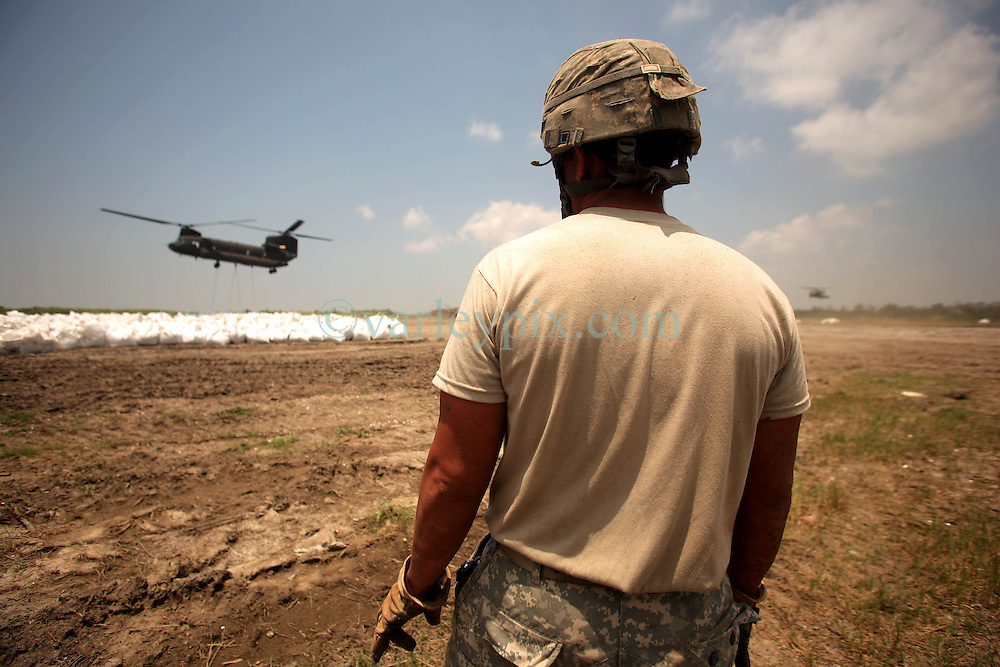