07 September 2013. New Orleans, Louisiana.
Funeral service for 1 year old toddler Londyn Unique Reed Samuels, shot to death August 29th.
Andrea Samuels, (at right, Black and white dress - 22 yrs old) mother of the victim pays her final respects to her daughter at the New Hope Baptist Church. The infant Londyn was shot by thugs whilst in the arms of her babysitter, the intended victim who was holding Londyn whilst walking down the street at the time of the assault. 2 thugs are in custody.
Photo; Charlie Varley 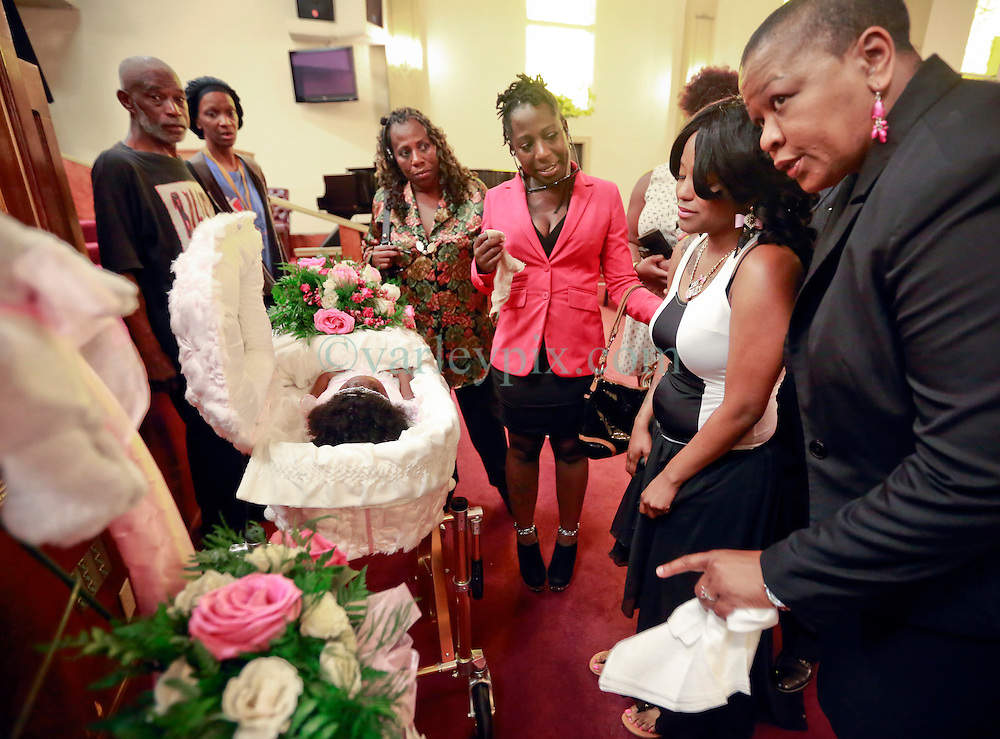