10 June 2010. Breton Sound Marina, Hopedale, Louisiana. USA.
Paul Trosclair, a fisherman all his life on his boat the Karen Susan. Trosclair is now subcontracted to BP. A religious man, Trosclair wonders if he is not seeing the 'end of days,' as predicted in Revelations where he believes the Bible reads one of the signs will be 'when the sea turns to blood.' He does not know when or if he will ever be able to return to shrimping. He puts his faith in the Lord.
The ecological and economic impact of BP's oil spill is devastating to the region. Oil from the Deepwater Horizon catastrophe is evading booms laid out to stop it thanks in part to the dispersants which means the oil travels at every depth of the Gulf and washes ashore wherever the current carries it. The Louisiana wetlands produce over 30% of America's seafood and oil and gas production. They are the most fertile wetlands and nurseries of their kind in the world. BP's oil is killing everything.
Photo; Charlie Varley/varleypix.com 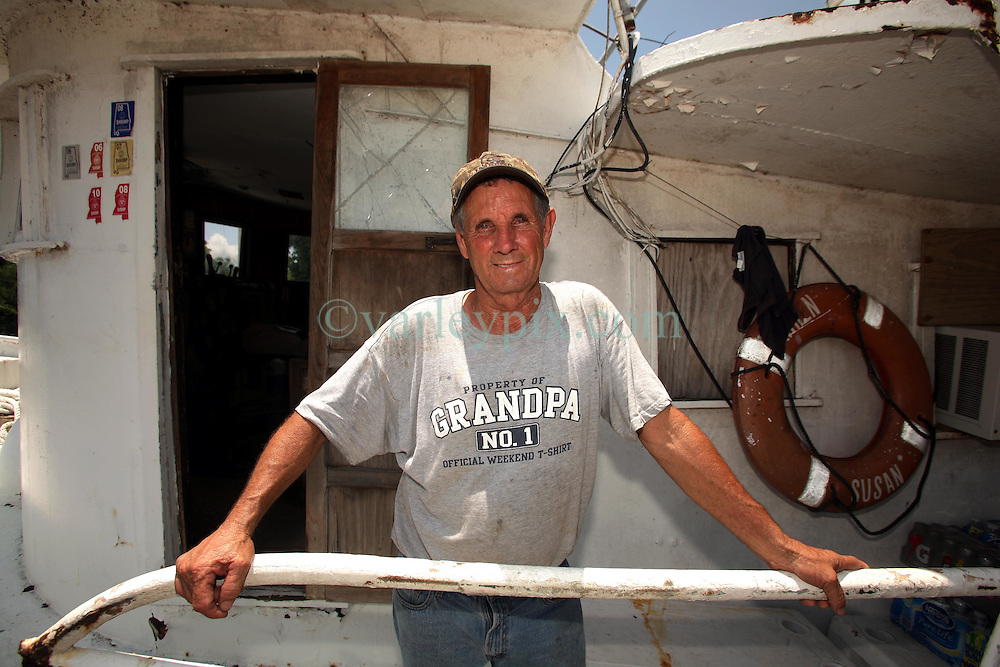