28 May 2010. Barataria Bay to Grand Isle, Jefferson/Lafourche Parish, Louisiana.
Philip Sherwell of the Sunday Telegraph with Louisiana born and raised Justin Workmon (blue shirt) and Frank 'Peanut' Lensmeyer on the the eerily empty ocean where water that would ordinarily be crystal clear is now gravy coloured thanks to dispersed oil just off Grand Terre Island where Barataria Bay meets the Gulf of Mexico. Ordinarily the ocean would be filled with shrimp boats, sport fishermen, and sea birds, especially in the run up to memorial day weekend. The ecological and economic impact are devastating to the region. Oil from the Deepwater Horizon catastrophe is evading booms laid out to stop it thanks in part to the dispersants which means the oil travels at every depth of the Gulf and washes ashore wherever the current carries it. The Louisiana wetlands produce over 30% of America's seafood and are the most fertile of their kind in the world.
Photo credit; Charlie Varley
www.varleypix.com 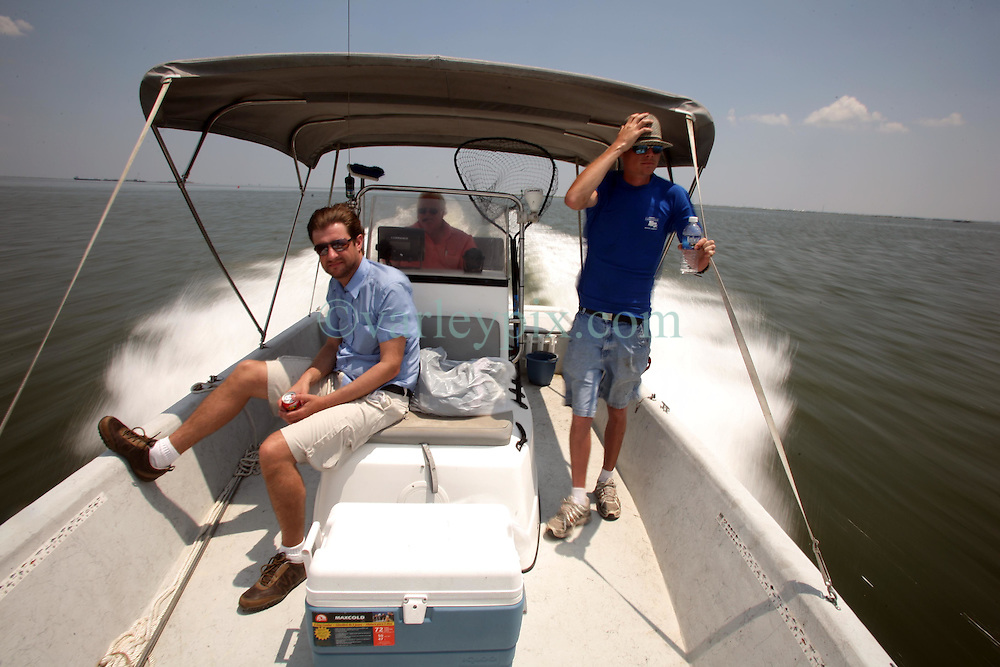