11june 2010. Westwego, Louisiana.
Ivis Fernandez sells shrimp from A&B's seafood at the Shrimp Lot in Westwego just outside New Orleans. Incomes have crashed as all seafood prices have risen over 30% in the past 4 weeks alone as stocks run low thanks to closed fishing grounds affected by oil pollution. BP's disastrous environmental catastrophe out in the Gulf of Mexico threatens the livelihood of many thousands of workers affiliated to the fishing industry in Louisiana. Earnings are down as much as 50% of those pre BP's oil disaster. Thousands of barrels of oil per day continues to leak into the Gulf because of the explosion and collapse of the Deepwater Horizon drilling platform 46 miles out to sea. The closure of fishing grounds both east and west of the Mississippi river outflow is crippling thousands of local fishermen and all affiliated businesses and families who rely on the seafood industry. None of the shrimp or other seafood offered at the market are fresh catch from today. Everything has been through the IQF (Instant Quick Freeze) process and is seafood caught out of state or earlier in the season and brought from storage freezers in Venice and Grand Isle. Louisiana stocks are virtually non-existant. With few new catches, the market will be forced to rely on farmed shrimp shipped in from Texas and Georgia. Local traders refuse to stock Chinese import fish raised with growth hormones, pesticides, fungicides and other contaminants widely found in Chinese farm raised seafood. Many fear losing their jobs and everything they own as a result of BP's Gulf Coast environmental disaster.
Photo; Charlie Varley/varleypix.com 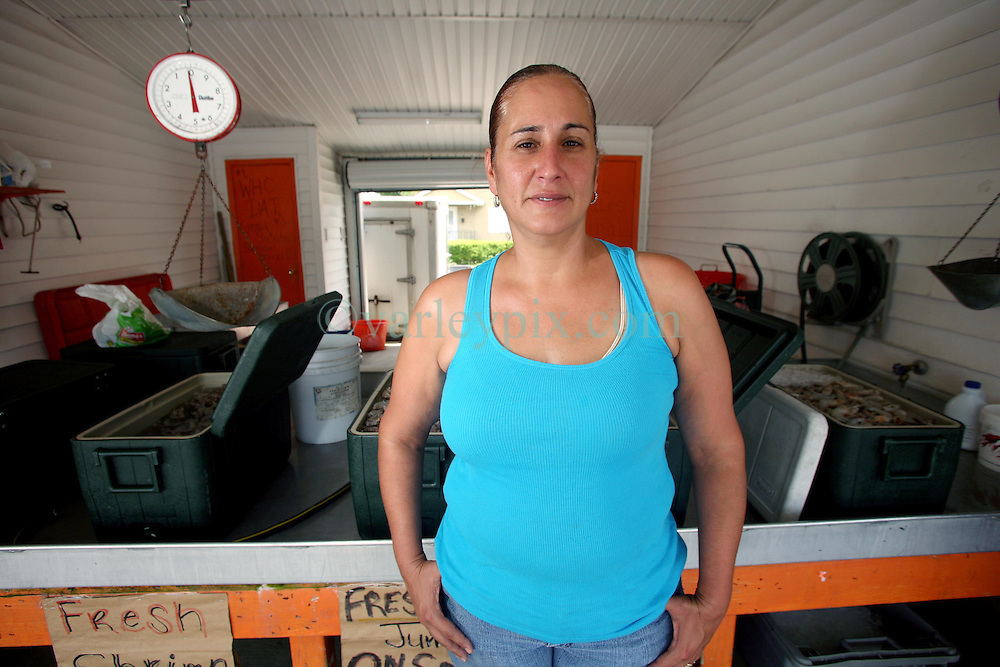