29 August 2006. New Orleans, Louisiana. Lower 9th ward.
On the one year anniversary of hurricane Katrina, and most of the area remains derelict and abandoned. Resident Terry Charles moved back into his flood ravaged home months ago and lives in his mould filled home from which he was lucky to escape when the hurricane hit. Terry suffers from severe mental problems, yet somehow manages to live alone with no neighbours or community. He has not eaten for days. He holds a net he made, in which he 'catches things.' The net contained a flood damaged rusty cigarette lighter and various bits of junk. There are no social services to help Terry. He can quote passages from the bible and scratches bizarre drawings on bits of paper he finds. Terry needs help desperately, but none is available to him. He does not know it is the one year anniversary today.
Photo Credit©; Charlie Varley/varleypix.com 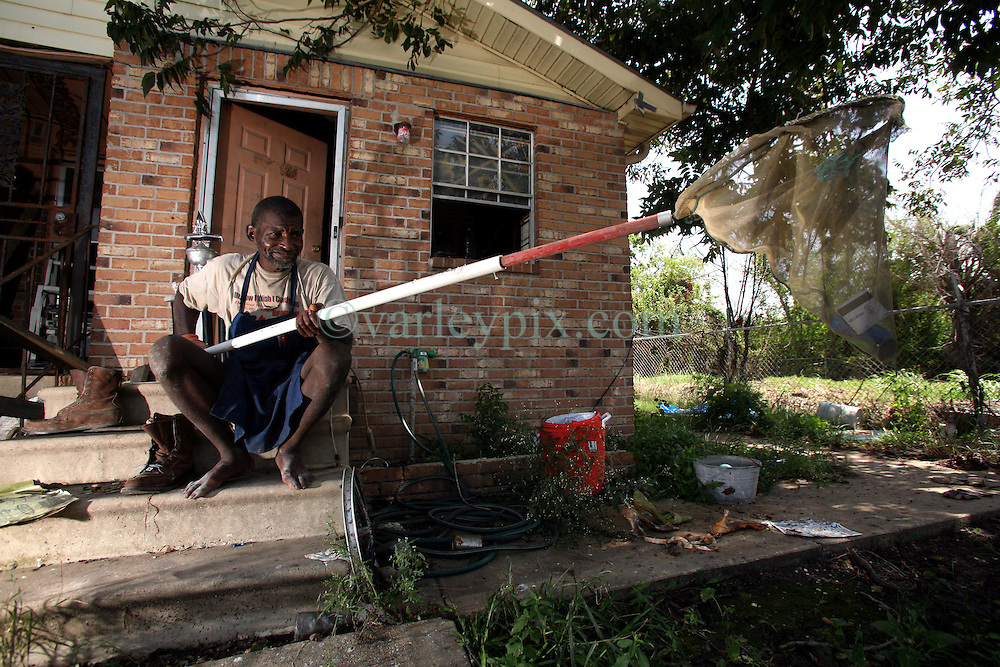