30 April 2013. Baton Rouge, Louisiana, USA. .March on Baton Rouge, Enough is Enough. .Dayne Sherman, writer and speaker addresses a coalition of 40 Louisiana Organisations protesting what many believe to be the 'Economic and fiscal disaster that is the administration of Governor Bobby Jindal.' Top of the agenda, Jindal's refusal to accept the expansion of MEDICAID, instead denying coverage to over 400,000 citizens with Jindal refusing to accept federal funding for 'Obamacare.' Slashed state spending on education, social services and critical community based organisations is having far reaching and devastating effects on ordinary and poor citizens in Louisiana..Photo; Charlie Varley. 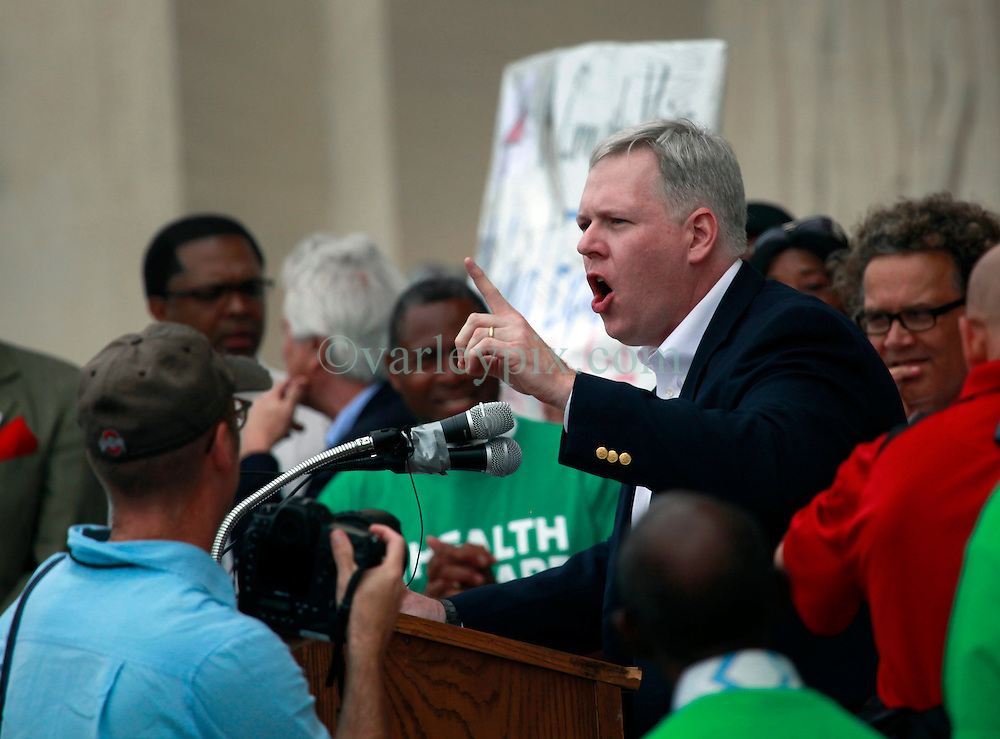