29 August 2007. Lower 9th Ward, New Orleans, Louisiana.
Second anniversary of Hurricane Katrina. Grand children Chyana Hurst (4 yrs (l)) and Tyriq Burton (3 yrs) await cutting of a memorial cake inside Robert Lynn Green Sr's FEMA trailer at 1826 Tennessee Street in the Lower 9th Ward. His house was destroyed by the deluge when the levee breached just blocks from the steps. Robert lost his mother and another grand daughter at the house when they perished in the terrible flooding. He lost hold of his grand daughter in the swirling floods. She was drowned. His mother was not found for 4 months when her skeleton was discovered in what remained of his washed away house. Jason hopes to rebuild. Many residents are struggling to return to the still derelict and decimated Lower 9th Ward.
Photo credit©; Charlie Varley/varleypix.com 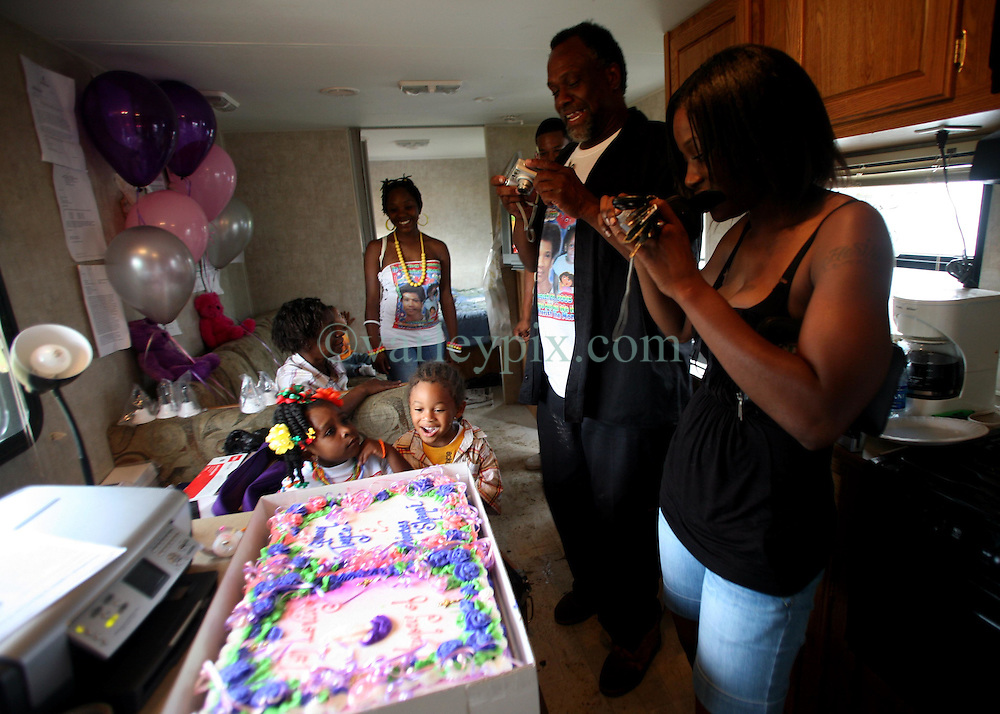