23 July 2010. Cat Islands. Barataria Bay near Grand Isle, Louisiana.
Despite a 65 yard (20 meter) exclusion zone around oil boom without special permission from the Joint Information Center, (max fine $40,000 and class 'D' felony) local fishermen have returned to the area recently opened to recreational fishing. Commercial fishing is still closed. Local fishermen are greatly relieved to be back on the water catching speckled trout, redfish, halibut and many other species as pelicans look on from oil boom.
But has mother nature naturally cleaned up the oil spill with human help? In what would appear to be good news for the area, the pelicans and boom are relatively clean and fish tested by every level of food safety is classified fit for human consumption. A sweep through Barataria bay uncovered only two oiled pelicans. No tar balls or oil were seen in the water. Many of the marsh grasses appeared to be growing back. Perhaps the area is witnessing the beginning of the end of the disaster from BP's massive oil spill in the Gulf of Mexico? It will be many years before the long term effects of the spill are known and a tropical storm or hurricane could still bring large slicks of oil ashore. For now though, the situation looks relatively good.
Photo credit; Charlie Varley/varleypix.com 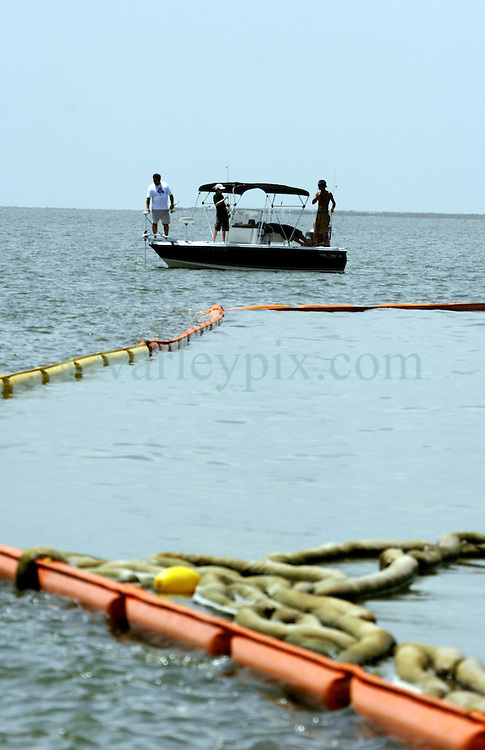