06 June 2010. Barataria Bay to Grand Isle, Jefferson/Lafourche Parish, Louisiana.
Brown pelicans on the Cat Island chain in Barataria Bay, home to thousands of nesting birds including the Louisiana brown pelican, a bird only recently removed from the endangered species list. The birds are attempting to rear their young with the threat of oil pouring into their habitat. The ecological and economic impact of BP's oil spill is devastating to the region. Oil from the Deepwater Horizon catastrophe is evading booms laid out to stop it thanks in part to the dispersants which means the oil travels at every depth of the Gulf and washes ashore wherever the current carries it. The Louisiana wetlands produce over 30% of America's seafood and are the most fertile of their kind in the world.
Photo; Charlie Varley/varleypix.com 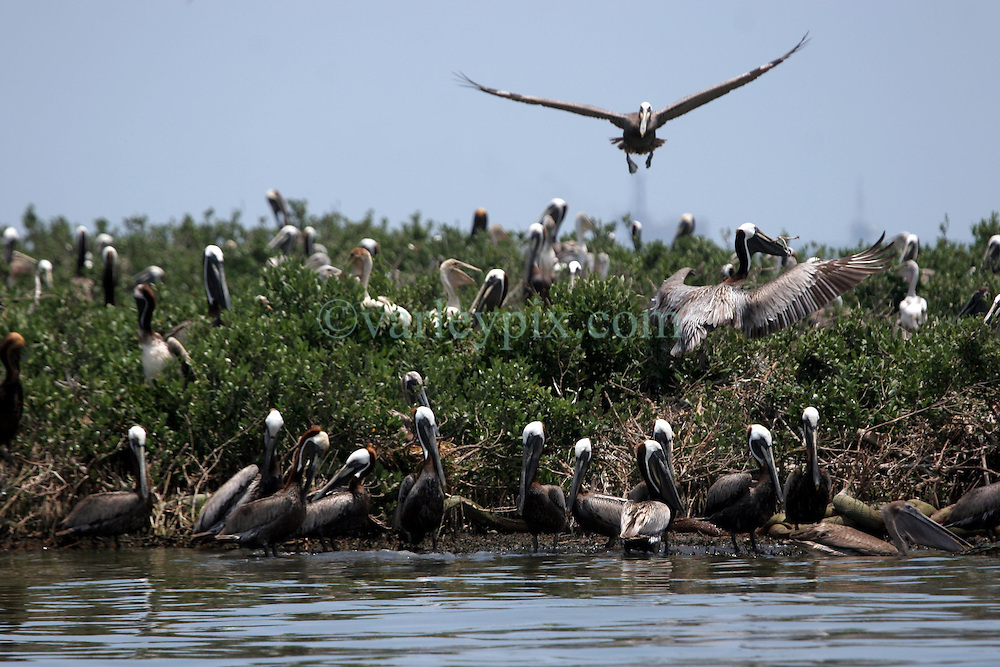