11 Sept 01. Sears Tower, Chicago, Illinois.
Passers by pick up 'Extra Terror' from the Chicago Sun-Times in a special early edition of the paper on the morning of 9-11 under the Sears Tower, the USA's tallest skyscraper. Sears Tower was evacuated. At this time 3 planes were still unaccounted for and it was assumed that the Sears Tower could be a potential target for radical Islamic Al Qaeda terrorists who had already flown planes into the World Trade Center, the Pentagon and crashed a 4th plane into a field in Somerset County, Pennsylvania.
Photo credit©; Charlie Varley/varleypix.com. 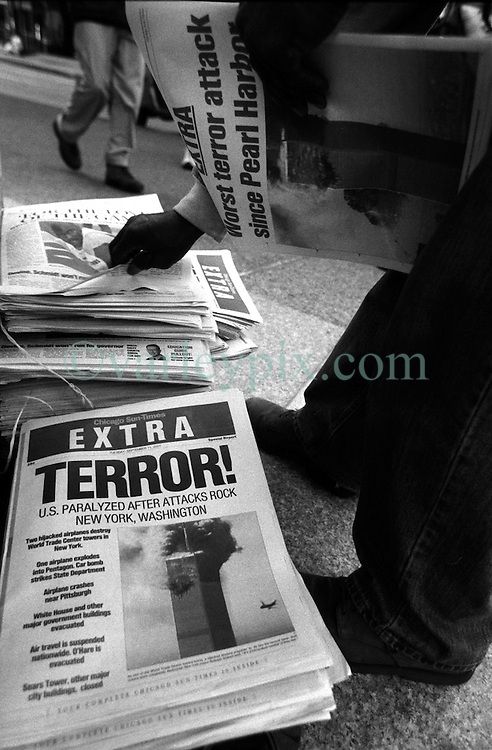